With a solid record in sales, marketing, and business management, Joel has also established his publishing, journalism, photography, and communications skills under the mentorship of his business partner of nearly 20 years, Snowmobile Hall of Fame and International Hall of Fame inductee, the late CJ. Ramstad.

Leading a dream team of the industry’s best, the MSPN team thrives on a philosophy to partner with its clients to achieve their goals. Throughout its time in business, MSPN has earned a reputation for quality, commitment, and publishing excellence. Today, MSPN is the proud publisher partner of 14 titles, and the sales, marketing, and consulting representative for five others.

Joel is an avid snowmobiler, ORV rider, and outdoor sportsman. He is a respective member of multiple volunteer organizations on the local, state, and national level including eight powersports clubs, seven state snowmobile and ORV associations, five national organizations, and supports six regional and national hunting and fishing groups. He is regularly found on the trail, in the field, at multiple meetings, events, fund raisers and is an active participant at industry gatherings.

Paula has been a key player, being involved with every aspect of MSPN’s publishing business, for over 33 years. She oversees and manages office administration, copy editing, proofing, circulation and advertising sakes coordination, printer and association membership list liaison, heads administration of MSPNs’ database, server, accounts receivables and accounts payables.

Paula enjoys snowmobiling with her family, and they often can be seen together participating in club hosted events. She understands the dynamics of volunteer organizations, with a long history of successfully working with state snowmobile associations administrators and management.

Born with a little bit of gasoline in his veins, Kale has over two decades of communications experience in powersports. This creative marketing utility player has spent the last 20 years working within every facet of the industry from the grassroots levels to the war rooms of a multi-billion dollar corporation. His last 16 years were spent leading media relations, marketing communications, marketing events and dealer channel marketing for a major national powersports OEM (Arctic Cat) in both the snow and off-road divisions. Kale’s authenticity, demeanor, and passion for powersports rings true, and he is related to by many.

To say powersports has been his life’s passion would probably be an understatement. For more than 30-years Pat has been involved both professionally and personally in just about every aspect of the industry. He has ridden in every snowbelt state and province including the far reaches of Alaska to New Brunswick and beyond. He has explored trails on ATVs and side-by-sides from Alaska to Florida and just about every point in between. And since 1993, has ridden, evaluated, written, and photographed just about every model of snowmobile, ATV and side-by-side introduced by the major manufacturers (as well as other brands who have since become a footnote in the history of the sport). In addition, Pat has worked for two of the most iconic brands in the sport (Harley-Davidson and Polaris), serving as a communications manager and marketing manager respectively. Through it all he has visited countless dealers; attended every major powersports show, event and race on countless occasions; is an active member of several local snowmobile, off-road, and sportsman clubs and serves on the board of directors for the Snowmobile Hall of Fame in Saint Germain, Wisconsin.

Cutting edge layouts keep MSPN at the forefront of the publication game. That is why we recently welcomed Corey Friesen to the MSPN family as our Art Director. Originally a born, bred and corn fed Manitoban, this Canadian moved his family to the U.S. to be closer to the heart of the powersports market. Corey’s designs have been ingrained into the bodywork of the world’s most popular snow and dirt powersports vehicles, some of which you probably own. Friesen was a lead creative stylist/manager for 17 years at a major powersports manufacturer and has an extensive past racing motocross and living the moto life through publishing his own motocross magazine.

Diane has been an avid snowmobiler since childhood. She has been an active member of Rolling Hills Snowmobile & ATV Club since 1980 where she has held various positions including President, PR chair, Landowner Appreciation chair, and Treasurer. She is also a past AWSC Director for Washburn County.

Diane has been a snowmobile publication advertising sales representative since 2000 and has been in sales and marketing management with MSPN for the past 12 years. She owned and operated a printing company for 20 years prior to that. She is a skilled graphic artist, copy writer, has many years of experience in printing, design and customer service.

Lynn is an avid snowmobiler and has ridden all over the US, in Canada, Iceland and Norway, on the Iron Dog trail in Alaska, and in June in British Columbia. She has attended twelve International Snowmobile Congresses (ISC), carries multiple club membership cards, and can be seen frequently regional snowmobiling events.

MSPN has been working with Jerry for many years and is proud to have him on our team. Jerry began his association with snowmobiling in the mid-60s, since then the list of his incredible accomplishments as snowmobile journalist, editor, publisher, and author are way too long to list here. Jerry was inducted into the International Snowmobile Hall of Fame (ISHOF) in 1996. Since then, he has continued to build on his award winning reputation and is currently one of the most respected journalists in the snowmobile industry. For more information on Jerry’s impressive snowmobiling career please visit his page go the Hall of Fame website page here: https://www.ishof.com/inductees_1996.html.

Check out the first issue FREE! 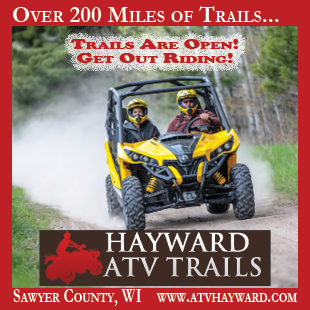 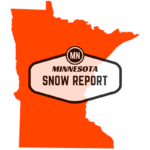 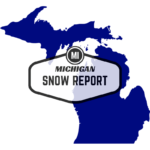 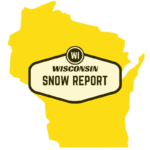