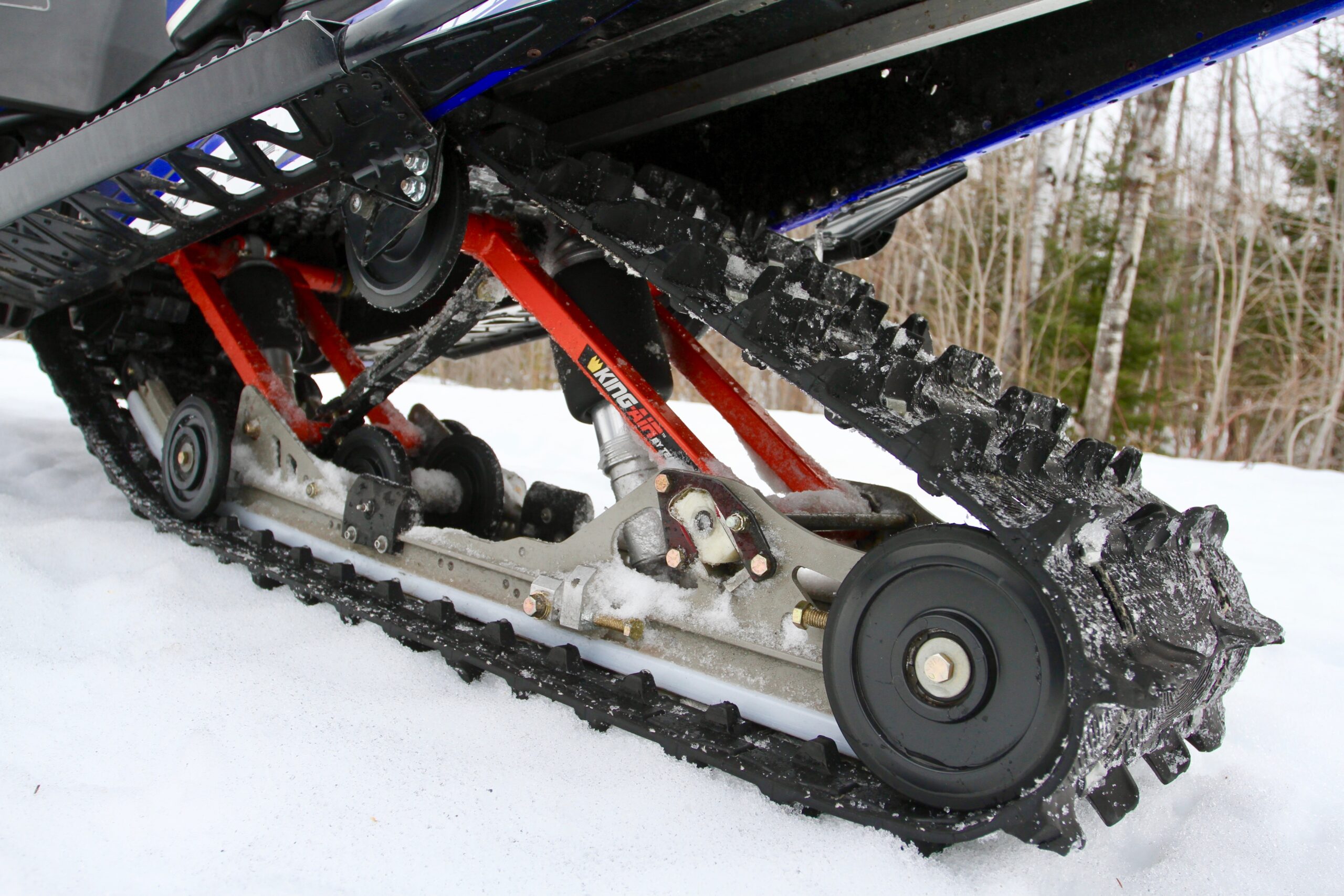 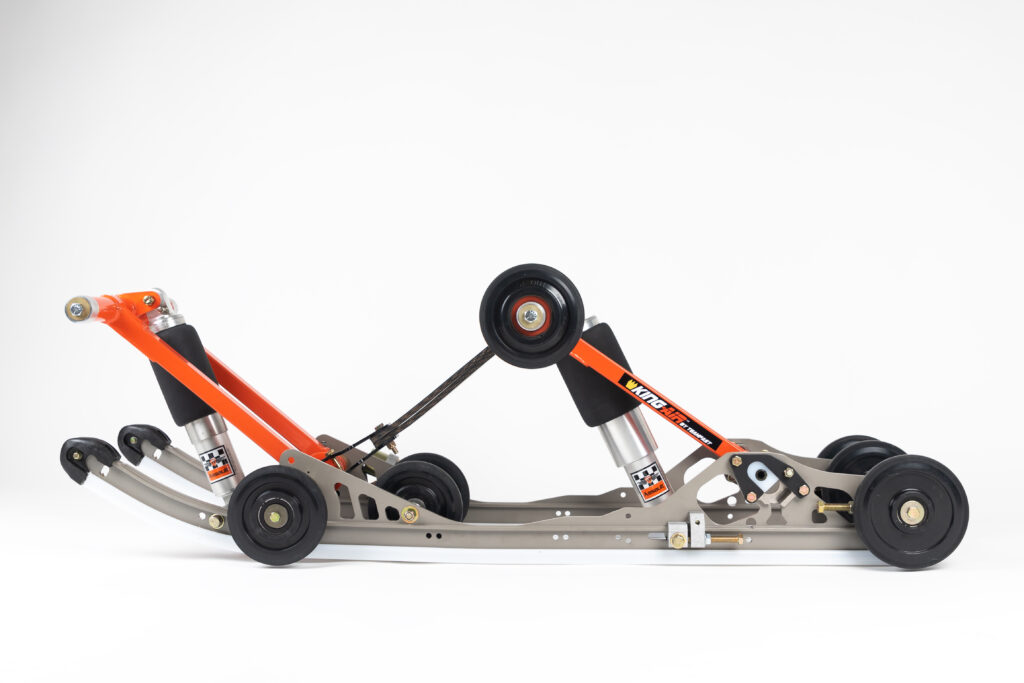 From cross-country champion to changing the snocross landscape to introducing one of the most significant advancements in snowmobiling, Gerard Karpik along with brothers Randy and David, has stood alone at the top of this sport on more than one occasion. Now with King Air, he’s about to do it again.

During the 1970’s the Karpik brothers of Gerard, Randy and David were nearly an unstoppable force in snowmobile competition. Their inventiveness, preparation and unrelenting competitiveness to be the best was a formula few could match. Leading the charge was Gerard, who became known simply as King Karpik for his near total domination in cross-country racing. His four consecutive cross-country titles were unprecedented, yet it was only the beginning for this humble trio from Minnesota’s Iron Range.

The list of contributions and innovations the Karpik brothers, and eventually their company FAST Incorporated, have made to the sport of snowmobiling are many. One however, stands above all others. A revolutionary idea that not only had an undeniable impact, it forever changed snowmobile suspensions. It was FAST who developed and introduced a revolutionary long-travel rear suspension featuring a technology called coupling. This design would eventually become known as the M-10 suspension.

The M-10 changed everything, and while many first scoffed at Gerard Karpik’s plan to market and sell this complete suspension system, it wasn’t long before the M-10 ruled the snowmobile landscape. Not long after, every OEM was scrambling to develop their own long-travel suspension and incorporate coupling technology. Gerard was King once again and the FAST M-10 was his crown.

Of course, plenty has changed since the M-10 made its debut 28-years ago. Long travel suspension systems are the norm; Ski-Doo brought us the rider forward design; and shock technology has taken a quantum leap. In short, today’s stock suspension systems deliver amazing ride compliance and control, and most riders no longer have the need or desire to upgrade to a system like the M-10 or the newer M-20 Airwave.

Yet, up in Minnesota’s Iron Range, Gerard’s inventive mind and his desire to always improve the snowmobiling experience never tires. For this reason, and because we truly enjoy his company, when Gerard called and invited MSPN staffers for a ride late last spring on the CJ Ramstad North Shore trail, we wasted little time loading sleds and gear for what would be our final ride of the season.

Gerard had talked to us about his latest suspension design on several occasions over the past couple of years. The name King Air was enough in and of itself to garner our attention. Still we wondered aloud as we made the drive to the trailhead on a Sunday morning, “just how different can it really be?”

The M-10 truly did change the snowmobile game, but for all of its goodness, there were several things about the suspension we didn’t like. It was unconventional; lacked predictable and controllable weight transfer; the falling rate design at times would “crash-through” on high-amplitude, low-frequency bumps or holes resulting in “spine-tinglers”; and it lacked off-trail capability. It was also very sensitive to rider weight and trail conditions thereby requiring tuning to find the sweet spot.

For comparison we brought two of our favorite 2019 snowmobiles, a Polaris XC and Yamaha SRX. Both touted premium shocks and saw a season of miles and refinement, and as a result we felt they were good, if not damn good when it came to carving trails and tackling terrain. We knew the main trail would be in “okay” shape, but we also knew the Sunday spur trails to towns like Two Harbors and Silver Bay would be in a word…beat!

To be honest, we arrived expecting to be underwhelmed. Like old friends do, we started by making small talk; looking over the host sled which housed the King Air (a high mileage 2016 Yamaha Viper with an accompanying accessory air-pump adjustment system); and snapping a few photos for this article.

Gerard’s brother David also joined us on the ride, piloting a FAST BLADE® snowmobile. Yes, the Karpiks were also snowmobile manufacturers during the late 1990s, peaking in 2004 at 420 units and though limited, still being built-to-order in 2020.

The ride was not unlike any other for much of the day. We swapped sleds, made adjustments and talked shop. The King Air was good. But it wasn’t until we reach a spur trail that weaved its way down the hill towards Lake Superior did I recognize it wasn’t just good, the King Air absolutely destroyed the other sleds in our group with far greater ride compliance and comfort.

They say lighting never strikes in the same place twice, but we couldn’t help but think back to the first time we experienced an M10 and how it completely superseded our expectations. Now the King Air was doing it again, this time against some of the best OEM suspensions in the industry.

To achieve this level of ride compliance, Gerard took a rather simple approach in concept, but one that is also incredibly difficult to achieve. “I want to use as much shock travel as possible for every bump,” Gerard said as we stood trail side after an 80-mile burn. “If we encounter an eight-inch bump, I want to use eight inches of travel. The further you can stroke the shock, the more you can control how it reacts.”

How the King Air reacts is nothing short of remarkable. While it looks very similar to an M-10 or M-20, Gerard tells us there really isn’t a single element that is the same. “Everything has changed just a little. Over time things have evolved, things have become more refined…that’s how the product continues to get better. It’s all those evolutionary bits coming together.”

The magic, as Gerard likes to call it, is in the shocks. The Assault shocks found on the King Air are certainly not new, Gerard and Team FAST Inc. have been developing the air-membrane shock technology for nearly a decade. The design features a rolling lobe membrane – an air chamber bag on the outside of the shock. The membrane is vastly larger than other air-shock designs allowing for more volume and greatly reduced air-pressure. The rear arm shock on the King Air for example, only requires 50 to 60 lbs., about half of other air-shock designs. Less pressure and a traditional smaller shock shaft (1/2”) with a smaller seal means much less stiction and near effortless motion.

The other key bit of technology employed by the King Air and its Assault shocks resides deep inside, and it’s an area where Gerard keeps his cards close to his chest. “I won’t go into details, but the real magic of the King Air is how we control rebound damping,” Gerard said. “We’ve figured out a way to employ a controlled release…a way for the shock to rebound quick enough to be ready for the next bump, but not so quick that you get a rebound kick.”

The magical rebound control is how the King Air attempts to use as much rail and shock travel over every bump, every time. In traditional suspension systems you typically end up with one of two possible outcomes. Either the suspension “packs up” and is unable to deliver enough suspension travel for each subsequent bump and instead simply bounces off the bumps; or the suspension rebounds so quickly you feel as if you are riding a pogo stick.

The King Air does neither of these. Bump after bump, deep holes, rutted corners and large amplitude braking bumps, the King Air with accompanying Assault ski shocks swallowed up everything we threw at it.

What’s more, remember those negative traits we associated with the M-10? The King Air destroys all of those as well. It’s lighter than any current OEM trail suspension. It exhibits very controllable weight transfer with a near perfect balance between traction, a light feel on acceleration and enough ski-bite in the corners for confident and predictable cornering. We also never felt anything close to a spine tingling crash through, and thanks to low-pressure Assault air shocks, the King Air appears to have much broader shoulders, meaning less adjustments for different riders or varying terrain.

Still the biggest tell of the ride came from our friend Randy, who up until this point was set on purchasing a new sled for the 2020 ride season. After having a chance to ride several of the latest sleds thanks to our test fleet, he was zeroing in on his favorite. Then he rode the King Air. This fall he intends to purchase a used sled at the right price and install a complete King Air system. “It totally destroys anything else I’ve ever ridden.” 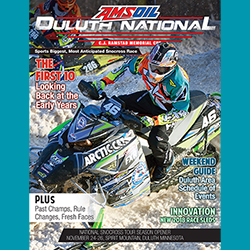 The Duluth National Snocross is just around the corner. While you wait to pass the turkey and head to the