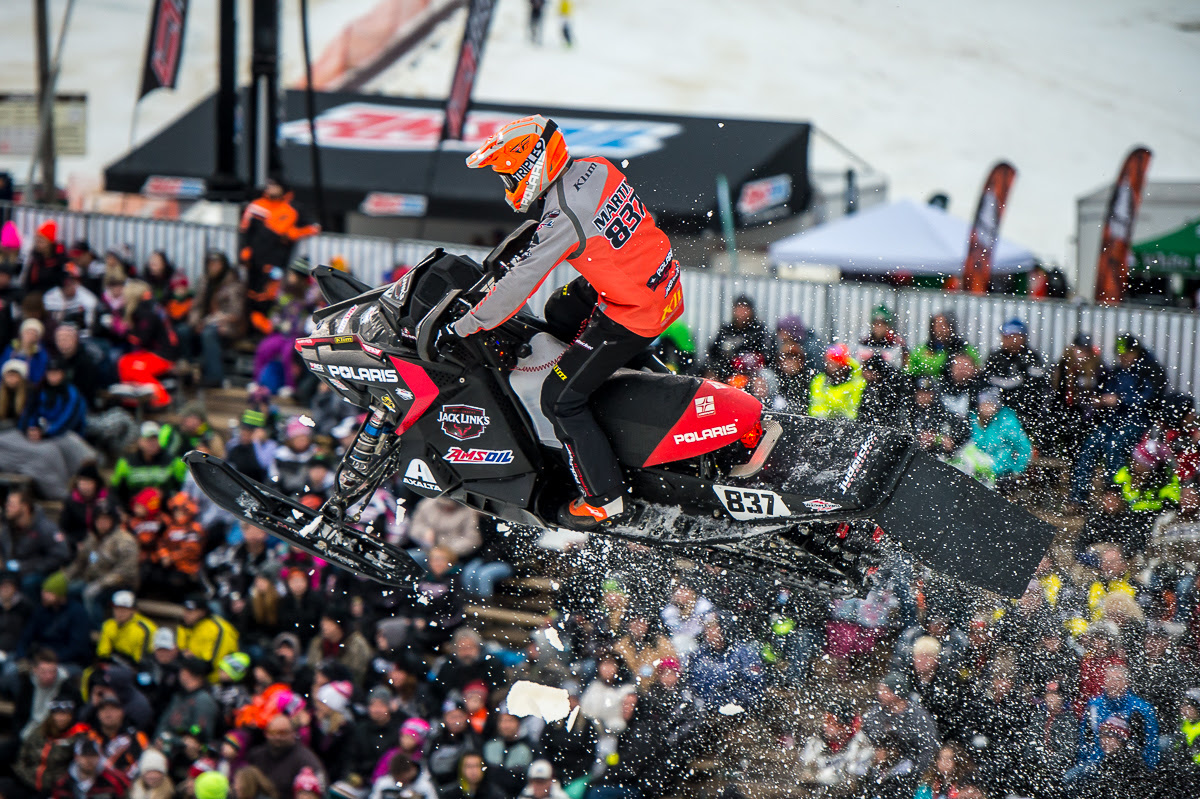 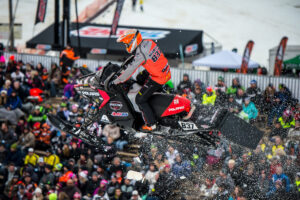 The 2017 AMSOIL Championship series finale will go down as one for the ages, as once again the team experienced many of those great scenarios and much more.

Ross Martin opened the weekend with a fifth place finish in an intense Pro Open main event, one of three rounds that would determine the series champion in that class. Jake Angove followed on Saturday, winning the Pro Lite main event in dominating fashion. It was Angove’s third win in last three weekends of racing, in which he has become one of the elite riders in the class consistently winning qualifying rounds and finishing at or near the top of the podium.

Nick Lorenz made another stellar run through the pack on Saturday finishing in the fourth spot. Lorenz turned the tables on Sunday and after going 2-1 in his heat races, jumped to the front of the class final right from the start, pressuring point leader Aki Pihlaja for the lead and nearly making the pass in the final corner coming to the checkered flag. Lorenz finished second, capping an outstanding rookie season in which he matured each week, learned from mistakes and capitalized on every opportunity.

Jake Angove qualified 1-2 on Sunday and after a rare mid-pack start finished in fifth place. Angove ended the season second overall in the championship eating away at the points gap down the home stretch. Lorenz finished right behind him in third, signaling a bright future for our “All-American Racers.”

On Sunday morning following Pro Open practice, Ross Martin unexpectedly made the decision to withdraw from the race and announce his retirement from snocross in front of his hometown fans. Martin has been a part of the Judnick Motorsports family for 14 seasons and this was an emotional turn of events for all of us. During his run, Ross built a legacy in the sport that places him among the top three riders of all time, including three Pro Open Championships, three Pro Lite Championships, ninety eight Pro podiums, thirty four Pro wins and five X-Games Medals.

We will have more from Ross in the coming weeks but it has been a great ride for the 837!

Just when we thought every possible ounce of emotion had been pulled from our souls, Judnick Motorsports had the incredible honor of being recognized as the 2017 ISOC Team of the Year at the series banquet on Sunday night. This is our 20th year of competing in professional snocross and words can’t describe how much we appreciate the sacrifice and efforts of the family, friends, riders, crew members, sponsors and fans who have been behind us along the way.

Racing is a labor of passion with high risks and no guarantee of any rewards, but in good times and bad, it is the people who make it all worthwhile and for that we say thank you! 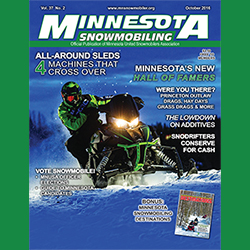 The October issue of Minnesota Snowmobiling is online now and available for free download.

Double Podium for Angove in Michigan