Duluth, MN (February 27, 2017) – Jake Angove turned in his best performance of the season in Mt. Pleasant, Michigan, racing to a second place finish in Friday’s Pro Lite final aboard his Jack Link’s, AMSOIL, AXALTA Polaris and then backing it up with a win on Saturday. 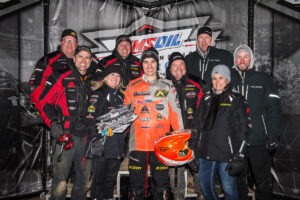 As the AMSOIL Championship Snocross tour begins to wind its way to the series finale, the battle for the championship in the Pro Lite class continues to heat up. Angove, who now sits in second place, just ahead of teammate Nick Lorenz, was aggressive all weekend and finished in front of points leader Aki Pihlaja on both days to close the gap by four points.

“It feels awesome,” said Angove. It was a crazy final, I was in second for most of the race and was able to make the pass and come away with the win. I’ve been second the last three races and I just really wanted to get to the top and we were finally able to make it happen. ”

Lorenz dropped one spot in the standings to third after having a mechanical issue at the start of Friday’s main event. Lorenz raced well throughout his qualifying rounds, including a heat race win and a pair of third place finishes.

Ross Martin also experienced some tough luck in the Pro Open main events. Martin had a heat race win on Friday and was at the front of the pack as the field entered the first turn in the final, when he was caught up with another rider who crashed in front of him. A similar incident occurred on Saturday, where once again, Martin had to remount his sled in the first turn and charge to catch back up to the pack.

“I felt like I was riding really well all weekend and just had some bad luck and didn’t make it past the first turn in either final,” said Martin. I haven’t had that happen all year and this weekend it was both races.”

Coming into the weekend, temperatures in central Michigan were in the mid-sixties and there was no snow to be found within 50 miles of the race venue. On Friday night, torrential rains pounded the track as thunderstorms rolled through Mt. Pleasant, but the action carried on. On Saturday temperatures dropped and a steady light snow provided a somewhat normal feel to the second day of competition, salvaging two championship rounds that almost did not take place.

The team will have a quick turnaround this week before heading to a new ski hill venue in Dubuque, Iowa  and then the Grand Finale in Lake Geneva, Wisconsin in just three weeks.

Win a Dream Sled Makeover in the 2013 Sled-X Contest

For the third year in a row, Sledhead 24-7 and Speedwerx are holding another creative and exciting snowmobile build that 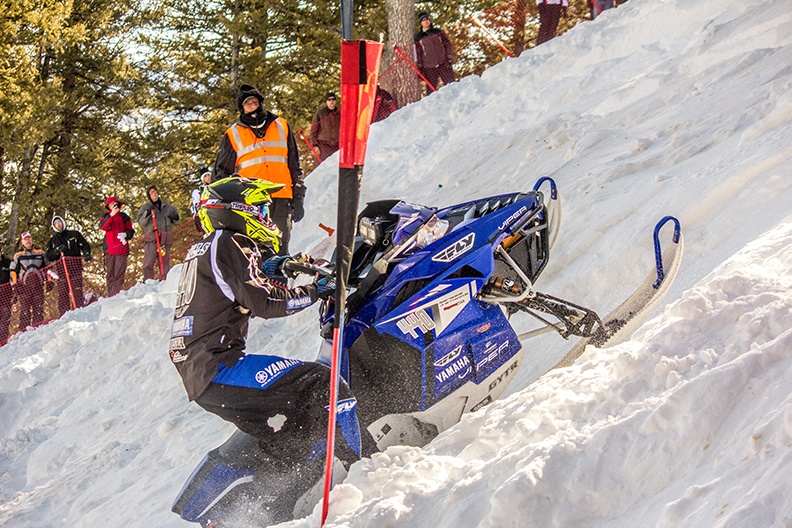 The steep and rock littered ascent up the vertical face of Snow King Mountain in Jackson Hole, Wyoming has become 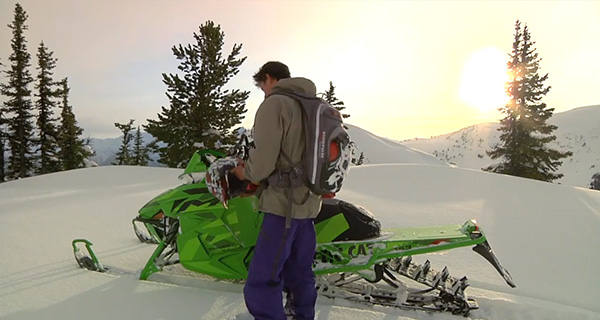