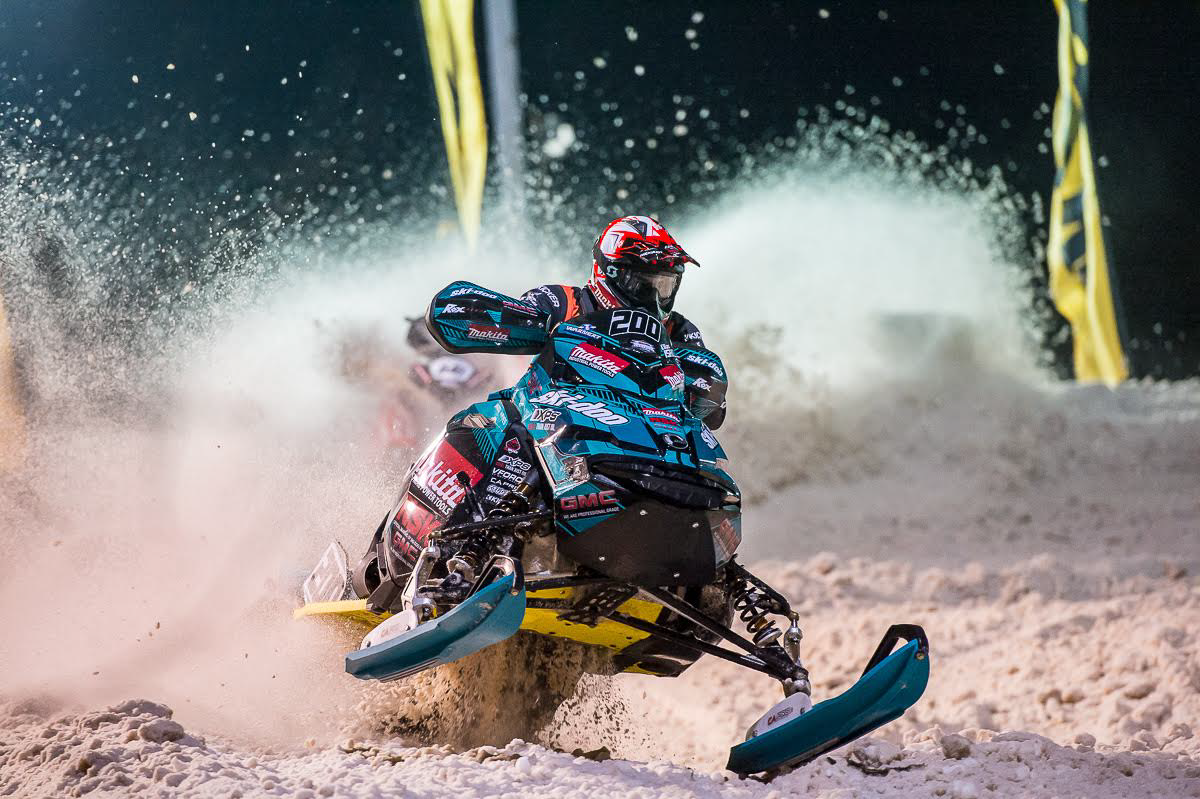 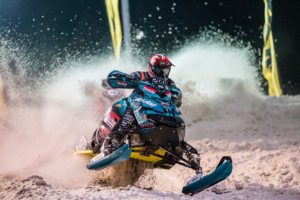 Racing on Friday featured all the amateur classes capped off with the top 16 Pro Open racers running head to head in a bracket style competition for $10,000 known as the Dominator race. X-Team racers started the season strong when National Sport class racers Camryn Anderson and Brady Love hit the podium with 2nd and 3rd place finishes.

Ski-Doo’s Tim Tremblay has had a stranglehold on the Dominator race, having won the previous three, this year would be different as he and Ishoel paired off in round two. Racing hard down the front straight you could see each was determined, but they came together as both launched out of the first turn in the air headed for the same downhill line and it ended Tremblay’s night with the ensuing contact. Tremblay bounced back on Saturday night with a strong second place finish in Pro Open as he came from behind and was charging hard to catch his teammate.

Lincoln Lemieux had his best night ever winning (for the first time as a pro) the premier class with a first lap move to the head of the field and never looking back. His pace was strong as he stretched an early lead and then cruised home. But the fight behind him was fierce with positions changing hands multiple times through the 18-lap final. When the checkers flew, Scheuring Speed Sports wrapped up the one-two finish by virtue of Tremblay’s charge to second with aggressive riding and smart line choices.

Aki Pihlaja of Rovaniemi, Finland came a long way to race in his first ISOC event and made the most of it with a second place finish in the always tough Pro Lite class. Hunter Patenuade made the most of day two racing in Sport class by sweeping his qualifiers and taking the win in the final. The Sport classes were able to complete both of their races as scheduled but Sunday’s races were cancelled as heavy fog covered the Spirit Mountain facility. 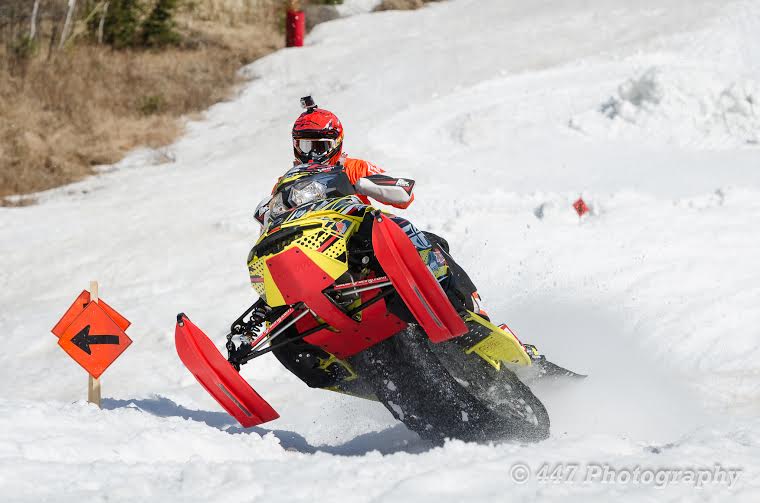 (April 23, 2015) Well the time has finally come and gone and despite everyone’s doubts, we were able to pull