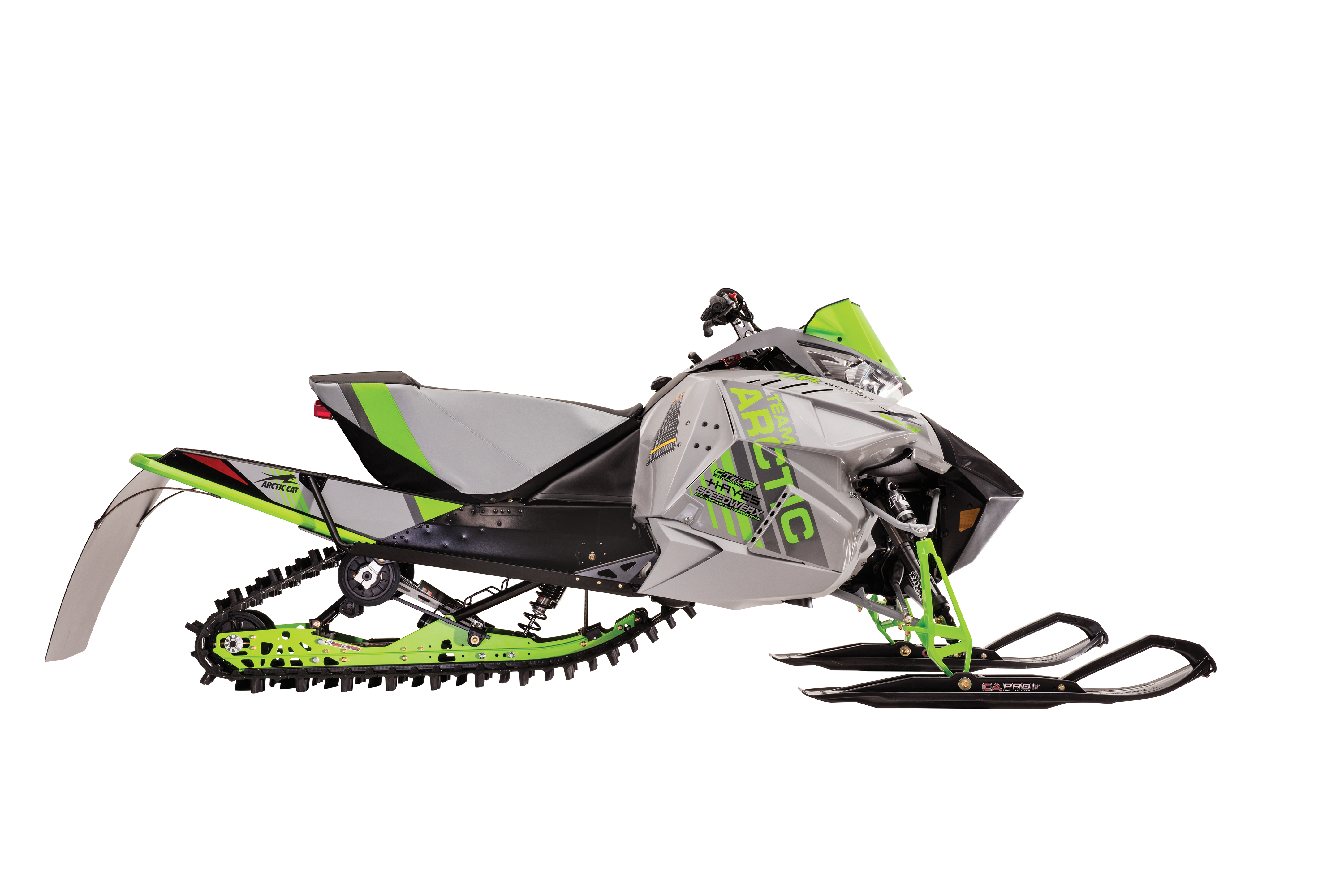 The M 9000 King Cat features the full menu of chassis and ergonomic improvements available on select 2017 mountain models, and is powered by the 998cc three-cylinder 9000-Series engine, which delivers the highest output of any production snowmobile engine regardless of temperature or altitude. Spinning a 162-in. track with 3-in. lugs, it’s poised to set the highest marks on every mountain.

The new ZR 6000R SX is the first production snowmobile built for snocross competition featuring electronic fuel injection. It’s powered by a modified Arctic Cat 600 C-TEC engine that was co-developed for competition by Speedwerx. Other key improvements and features are aimed at defending its ISOC Pro Open and Pro Lite championship titles from last season.

“The three new sleds that we unveiled at Hay Days reflect our passion and commitment to innovate and win more,” said Greg Williamson, Arctic Cat Chief Marketing Officer. “Whether a rider wants to be the king of the back country or the X Games gold medalist, we build the machines that will give them the experience they desire.”

Polaris Changes Hands at the Top

Medina, Minnesota (August 8, 2015) – Chris Wolf, Polaris VP of Snowmobiles, announced that Julie Benton, who has been