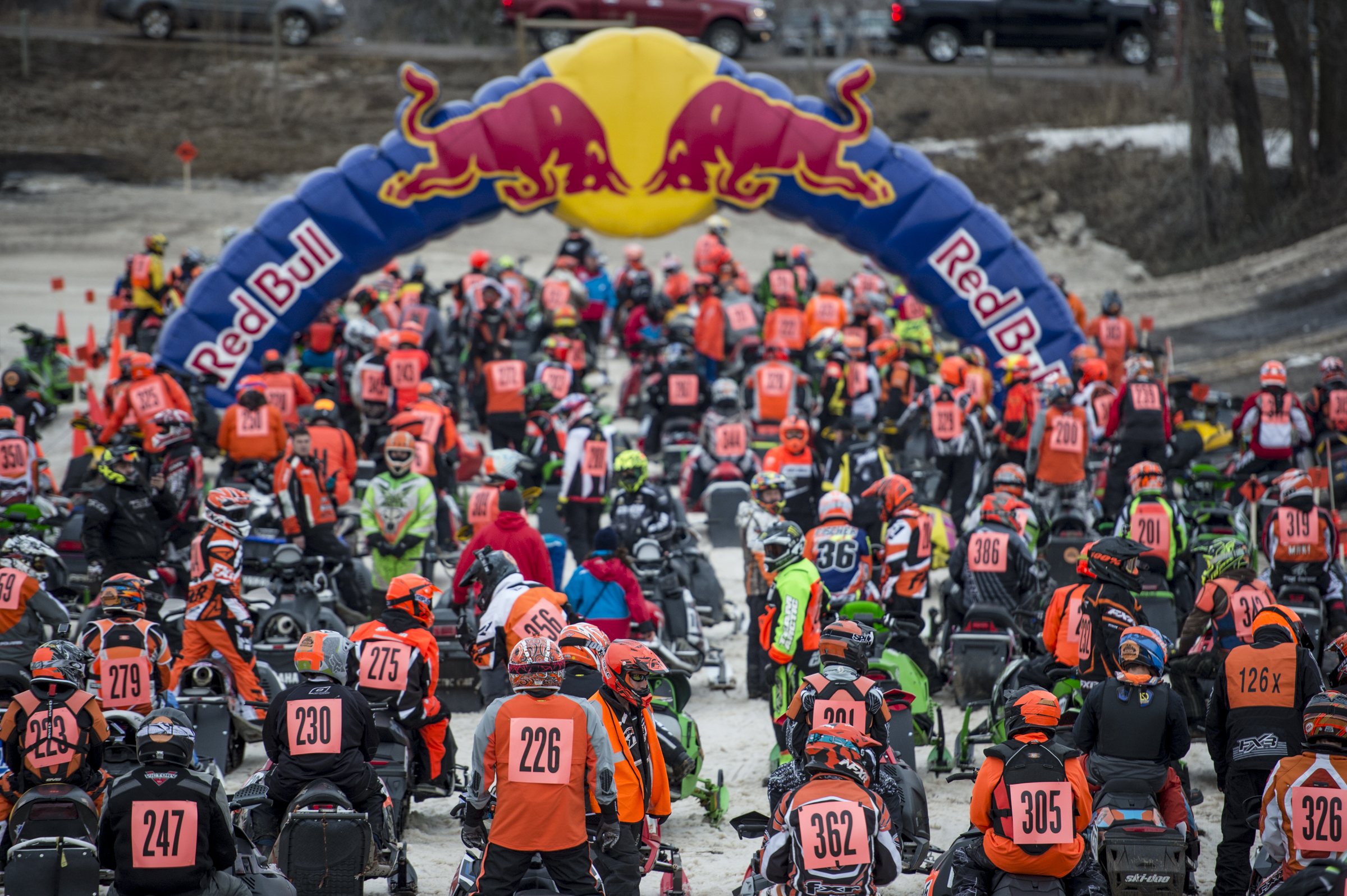 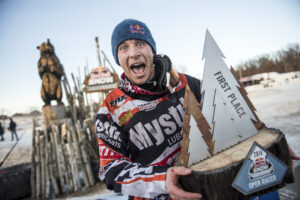 Elk River, MN (February 20, 2016) – After conquering one of the most unique and difficult course layouts in the competitive snowmobiling world, Levi LaVallee (Open Class) and Anthony Smith (Ditchbanger Class) sat atop of the podium for the first ever Red Bull Snow Boundaries. Designed to push each rider and their machine to the limit, the first year event featured a grueling 8-mile loop where racers faced an unrelenting onslaught of natural and man-made terrain including tight wooded trails, high-speed swamps, vertical climbs, frozen ponds, and big air snocross.

Beating out a field of more than 60 professional racers, X-Games legend and Snocross champion Levi LaVallee came back from over a minute behind to take the lead in the grueling 75-minute “Open” race. After overcoming everything from disintegrating frozen swamps to 100-foot jumps, Levi was proud to be the winner of the intense competition.

“It’s awesome to win the first ever Red Bull Snow Boundaries. I didn’t anticipate it at all,” said LaVallee. “[The win] caught me a little off guard, because the goal here was to go out and have fun – and I’m great at fun, so that’s what I was going to do. It’s a timed race, so I wasn’t worried about it while I was out there, but after I wheeled myself through that last lap and found out I won, I couldn’t have been more excited.”

Zach Herfindahl, who was leading the opening half of the race, was engaged in a gritty man and machine vs. terrain fight as the unforgiving course destroyed his snowmobile’s windshield, and forced him to grind along without eye protection. Despite the challenge, he was able to finish second, being edged out by LaVallee. “The course was brutal, unbelievable, but I had a great time. I will definitely be racing in this event if it happens again, it was a lot of fun,” said the mud-covered Herfindahl. 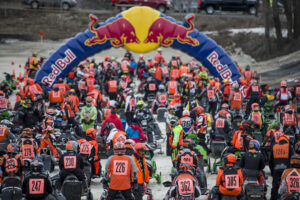 While LaVallee’s feat of winning against fellow professionals was impressive, Anthony Smith’s victory in a Ditchbanger race featuring more than 150 competitors was perhaps more of an achievement. With nearly three times as many sleds on the same course as the pros, Smith was able to hang on to his fast start, traverse a course riddled with broken machines and racers who had given up, and outlast the competition.

Smith, said after his win, “I got really tired, was just trying to hold on to my lead. In the middle of the race I became exhausted, but as I closed in on the finish adrenaline kicked in and I gave it all I got.” Smith, a father of two, was honestly surprised he won, citing that “I’m the fastest of my friends, but I had no idea that this would happen. I know that my 12-year old son is going to be so pumped.”

Four champion athletes are about to embark on a mission that has never before been attempted: To be the first

See the Newest Models First from Polaris, Ski-Doo and Yamaha This winter will go down as one of the best

SNOWfest is a celebration of snowmobiling wrapped around a snowmobile film festival. S.N.O.W.fest 2 takes place on Saturday Dec. 13, 2014 in