Van Strydonk, who won the 2012 World Championship race at Eagle River, was racing for the first time on a new race sled he and his team built after a disappointing start to the current ice oval race season. The new sled’s design was similar to that of his winning 2012 sled, and it got faster and faster throughout Derby weekend.

“We had an off weekend [at a previous race in Ironwood, MI], so we just built a brand new sled,” he told SnowGoer.com. “We went back to what worked before.”

On Friday, Jan. 15, at Eagle River, Van Strydonk finished third in Friday Night Thunder, a feature race that doubled as the weekend’s TLR Cup points race. He finished first and third in his two World Championship qualifying heats on Saturday, and ran well throughout the 30-lap final on Sunday. He ran in the top five the entire race, and was the only sled to challenge the leader in the final 10 laps.

Van Strydonk finished second, just 2.3 seconds out of first and a full 5 seconds ahead of the third-place sled.

“It’s been a great sled all weekend and we’re still learning,” he said after the World Championship. “It was cold out today and that helped us. It was a rough track but I like it tough, that works to my advantage. I train for this all year long.”

Four Polaris racers are in the top nine in TLR Cup points, including Van Strydonk in fifth, Jordan Wahl (Jimmy John’s/Wahl Bros./Polaris Racing) in sixth, Stephenson in eighth, and Ritchie in ninth.

Ryan Faust and Travis Faust (Faust Racing), best known as cross-country racers on the USXC circuit, raced on a pair of stock 600 RUSH® Pro-S sleds in the new Factory 600 Stock class and Ryan won while Travis finished third. Built on the innovative, Polaris-exclusive AXYS® Chassis, the RUSH models showed they can excel on all terrain – including the famed Eagle River ice oval.

The Factory Stock 600 class was created to encourage racers to compete on stock sleds they use on the trails every day. Five Polaris finished in the top seven in the final, with the Faust brothers followed by: 5. Jerry Brickner, (Brickner Motorsports); 6. Grant Weber, (Faust Racing); and 7. Cole Weber, (Weber Racing). 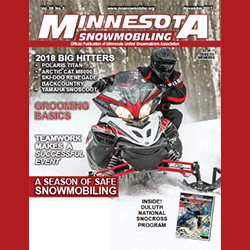 The most recent issue of Minnesota Snowmobiling is online now, available for free download. This month’s features include:  -A Season 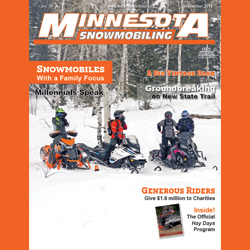 The September issue of Minnesota Snowmobiling is now online. Get it now for features including:  -Snowmobiles with a Family Focus 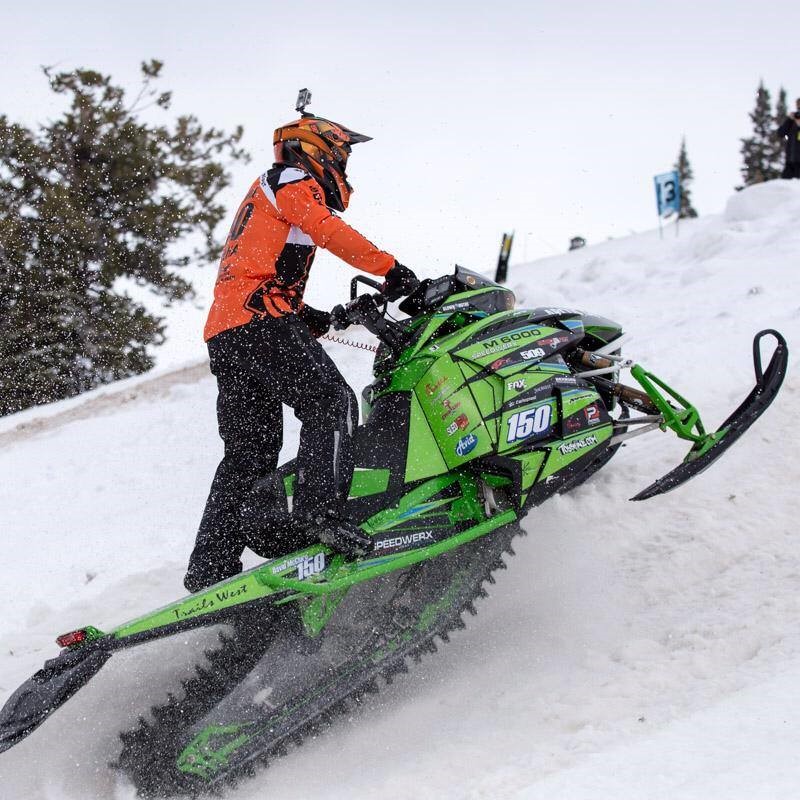