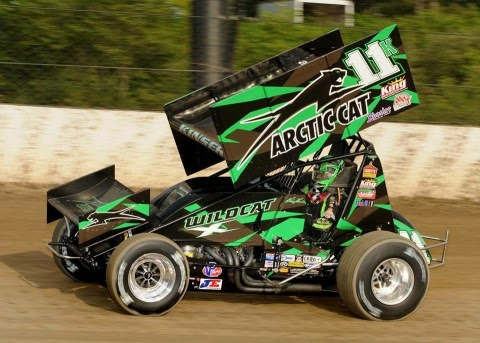 Minneapolis, Minnesota (August 12, 2015) – Arctic Cat Inc. and Kraig Kinser are teaming up for Sprint car racing’s biggest stage, the 2015 FVP Knoxville (Iowa) Nationals. Arctic Cat and Kinser are partnering for the second of time this season with an eye on reaching the pinnacle in the fast paced, short-track racing. Kinser is racing in a special schemed Arctic Cat No. 11k car. 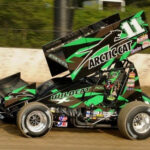 “Everyone looks forward to competing this week in the Knoxville Nationals, which is the biggest race for Sprint cars,” said Kinser. “It’s highly competitive and exciting. We’re thrilled to team up with Arctic Cat, as we try to get back to victory lane.”

In conjunction with its sponsorship, Arctic Cat today launched the 2015 Knoxville Nationals Helmet Sweepstakes at arcticcat11k.squarespace.com. The sweepstakes runs through the Sprint World Finals on November 8, 2015, giving fans the chance to win a specially designed Arctic Cat helmet. Kinser wore this helmet during the Kings Royal weekend. He also will wear it this week at Knoxville and at the season-ending World Finals in Charlotte. One grand prize winner will be selected on or about November 9, 2015. The team will notify the winner and coordinate delivery of the Kraig Kinser/Arctic Cat 2015 Knoxville Nationals Helmet.

Commented Greg Williamson, Arctic Cat’s chief marketing officer: “Fans of Sprint car racing are as passionate about winning and the excitement of this sport as we are. Kraig is a proven champion, which makes him a terrific partner for Arctic Cat. We are pleased to offer fans a chance to win a specially designed, high-performance racing helmet to commemorate our teamwork and collaboration.”

This year’s Nationals race will be the 13th for Kinser, who first competed in the event in 2001. Kinser became the second-youngest driver at 21 to win the heralded race in August 2005. He and his father, Steve Kinser, are the only father-son duo to win Sprint car racing’s most coveted trophy.