Medina, Minnesota (August 8, 2015) – Chris Wolf, Polaris VP of Snowmobiles, announced that Julie Benton, who has been with Polaris since 2008, has been promoted to the position of Snowmobile Marketing Manager. 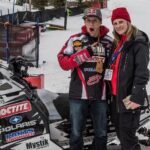 “In her new role, Julie will lead the development and execution of marketing strategies and plans that generate consumer demand and drive retail sales for the Snowmobile Division,” Wolf said. “Plus, demonstrating her passion for excellence, Julie is also simultaneously completing her MBA at the University of St. Thomas.”

“We thank Andy for his three years of service to the Snow team, and wish him continued success in his new role,” Wolf said.

Prior to being appointed to her new role as Snowmobile Marketing Manager, Benton held multiple marketing roles for Polaris PGA, and for the Polaris Snowmobile Division.

Wolf also announced that Scott Kuklock has been promoted to Product Lines Sales Manager for snowmobiles. 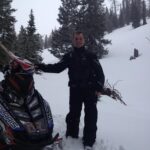 “Scott has been with Polaris for over 14 years, including seven years as District Sales Manager before he took on his most recent role as Snow Product Line Sales Specialist,” Wolf said. “In his new role, Scott will be responsible for sales planning and execution, which includes retail and wholesale program development, market review, sales forecasts, and competitive analysis. Scott is also enthusiastic for self-improvement, as seen by his pursuit of an MBA at St. Cloud State.” 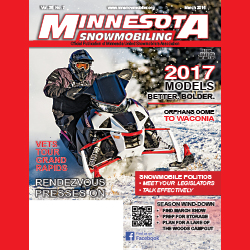 The March issue of Minnesota Snowmobiling is now available for online viewing and digital download. Start your weekend right and