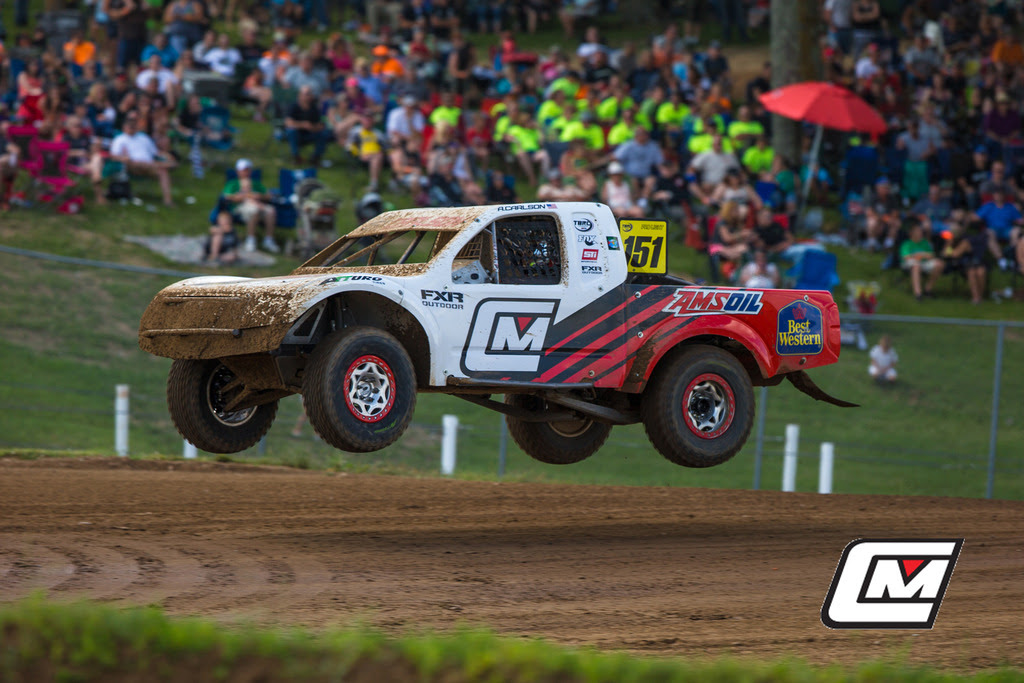 Elk River, Minnesota (July 2, 2015) – With momentum on his side, Andrew Carlson looked to continue his climb to the front of the Pro-Light pack after an impressive fourth place finish a week prior in Chicago in The Off-Road Championship (TORC) series. Facing the oversized and high-speed Crandon Off-Road International Raceway, Carlson would overcome day-one adversity and notch another fourth place finish on Sunday, displaying the speed and skill required to run with the fastest drivers in the class. 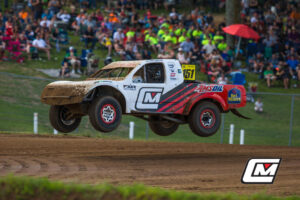 The Crandon, Wisconsin track is highly regarded as the biggest and best track on the TORC tour, and is known for its speed and intimidating “land rush” start that pits the entire starting field in a mad dash frenzy towards the first turn. Carlson was more than ready for the weekend, fueled by a pair of strong finishes in Chicago and backed by his first Crandon experience when he made his TORC debut last summer. However a mechanical issue on the first lap of the opening race cut Carlson’s round 7 main event short.

The Carlson Motorsports crew led by Crew Chief Keith Stamper worked through the night to get the 151 AMSOIL, Best Western, FXR Outdoor truck ready for Sunday’s full day of racing. A complete engine swap meant Andrew had fresh power under the hood and a fresh mindset at the line. Starting from deep in the field, Carlson would have to work his way past several racers…he did just that. With a strong start and several crafty passes often only executed by seasoned racers, Andrew found himself in ninth place when the competition caution waved at the mid-point of the race. From there Carlson continued to battle, gaining several more positions to finish fourth at the line.

With another top four finish, Andrew has quickly proven to rest of the Pro-Light field and the thousands of fans that lined the Crandon track, his TORC rookie status doesn’t reflect on his driving skill.

“In just three race weekends we’ve seen rain, mud, short courses and high speed running,” said Andrew after his strong finish. “Our team is prepared for whatever comes our way and I’m feeling more and more confident with each lap…that’s really my goal as a new driver in the series. The top five drivers in this class have a ton of experience, and my goal is to run with them and hopefully finish on the podium before the season is over. We’re close…really close.”

The team will only see a brief hiatus from racing over the holiday weekend before returning to action at the Charlotte Motor Speedway in North Carolina for the Showdown in Charlotte, July 10-11.

The Big House Brawl in Crandon will be broadcast on Fox Sports – Round 7: August 27 at 9 p.m. Central and Round 8:September 3 at 9 p.m. Central. Visit the TORC website for exact dates and times for broadcasts, past videos, point standings, and the latest team news.

Fort Wayne, IN – American SportWorks is excited to announce the rebranding of the company as AMERICAN LANDMASTER. For more than