Fertile, Minnesota (March 19, 2015) – Looking to finish strong in season  points, Christian Brothers Racing entered the final event on the snocross national calendar this past March 13-15 in Lake Geneva, Wisconsin. The event was held on the slopes of the Grand Geneva Resort’s Mountain Top ski area and is perhaps the most anticipated event on the schedule. A three-race format for Pro Open riders, the team was busy all weekend trying to secure as many points as possible in this final event. 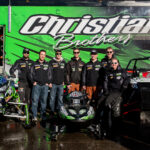 Set solidly in the Top 5, Logan Christian entered the weekend determined to secure his season points. The first night of racing didn’t go as had hoped with Christian finishing in 12th. However, on Saturday Christian came out swinging and brought home a 5th place finish. He followed the up on Sunday with a 6th place finish. Christian ended the season 5th place overall in points on the ISOC National Championship Snocross Series.

“This was my best race weekend ever at Lake Geneva,” said Christian. “Then I capped my season off with a Top 5 points finish which made it even better. I have to thank the team, crew and sponsors for making it such a great season. I’ll be working hard to get ready for next season.”
Dave Joanis was looking to carry momentum from his Canadian sweep the weekend prior. Joanis scored a best finish of 7th on the weekend and finished in 7th place in season points.

“I’m happy to finish up the season in 7th place,” said Joanis. “There was no room for error at Lake Geneva and things went well, we got some good finishes. I can’t thank the Christian Brothers Racing team and crew enough for their support this season.”
Pro Lite riders only faced two finals in Lake Geneva, but the competition was tough and Tyler Adams fought to a best finish of 8th place on the weekend. The rookie Pro Lite rider finished 7th place in season points.

“Lake Geneva was tough, but a lot of fun,” said Adams. “With 1 win and three podiums, I couldn’t have asked for a better rookie Pro Lite season. I have to thank Christian Brothers Racing, my parents and my mechanic Mike for everything they did for me this season.” 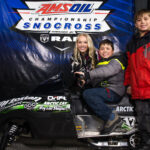 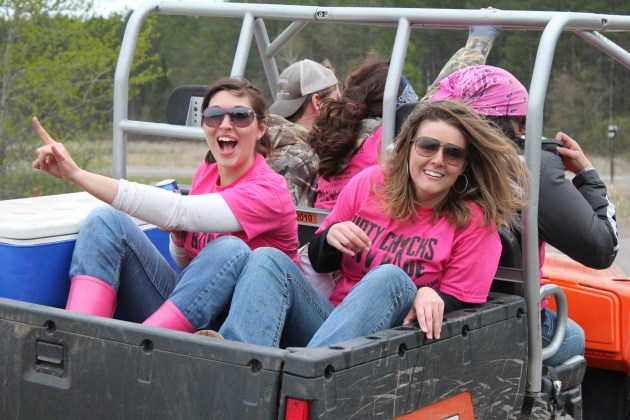 Ladies, are you ready to get dirty? The 2013 Dirty Chicks ATV Ride is back for another exciting and messy