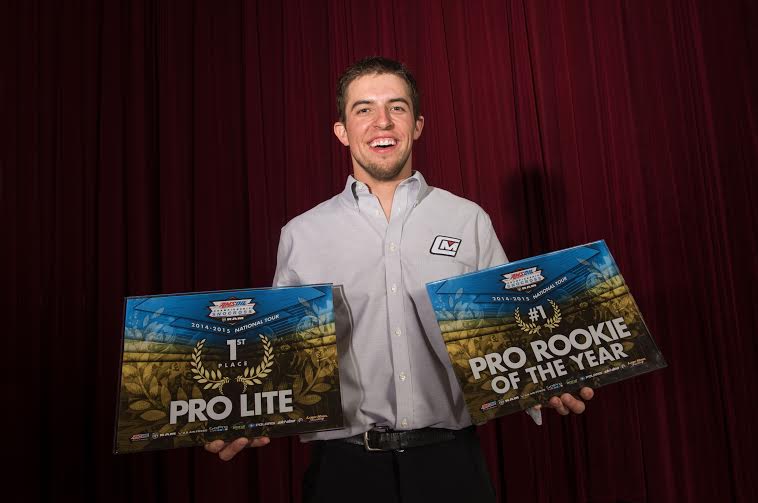 Elk River, Minnesota (March 18, 2015) – A perfect ending to what can only be described as a season of domination by Carlson Motorsports unfolded at the Grand Finale in Lake Geneva, Wisconsin this past weekend. Pro-Lite rookie Ryan Springer won the year-end crown with relative ease and teammate Andrew Carlson finished strong on Sunday with a podium and enough points to slot in behind Springer for second place overall in the Pro-Lite rankings.

“I’m not sure we could have ever predicted this kind of finish to the season,” said an obviously jubilant team owner Chris Carlson. “This was an entire team effort…everyone worked together seamlessly and obviously both riders rode with unbelievable conviction and confidence. I couldn’t be more proud.”

Conviction might be an understatement, especially when considering how fresh Ryan Springer is to the national tour. He burst onto the scene last season as a rookie in the National Sport division, where he won the year-end championship. He followed it up this year with one of the most commanding performances ever witnessed in the Pro-Lite ranks, winning early and often, taking his first pro win in Duluth and following it up with a string of six wins in seven races to put a stranglehold on the top spot. His season performance also earned him Rookie of the Year honors.

As surprising as Springer’s performance might be, the consistency of Andrew Carlson is just as impressive…maybe more so. In three seasons in the Pro-Lite ranks, Carlson has been a consistent top-performer, collecting a slew of podiums and finishing fifth, second and second respectively in the year-end standings.

Lake Geneva was another weekend of success for the team, even with Springer riding “safe” in Saturday’s final and finishing second, ensuring himself the championship. Carlson also gained a podium finish on Sunday with a third, and National Sport rider Andrew Lindholm captured a second place finish on Saturday.

With the championship locked up, Springer made his debut in Pro-Open on Sunday and quickly dismissed any doubts that he has the speed to compete with the best riders in the world. Despite crashing out in the LCQ, Ryan finished second in a qualifying heat, besting year-end runner up Tim Tremblay in the process.

Next season both riders will compete in the sport’s premiere Pro-Open class and both appear to have the skills and mental toughness to succeed. What’s more, Andrew Carlson will only take a brief hiatus from racing before settling in behind the wheel of a trophy truck as he makes his first full-season debut in the TORC off-road closed-course series starting in May.

Racing highlights from the weekend will be televised on CBS Sports with complete day one (round #16) coverage airing April 12 at a time yet to be determined (check www.isocracing.com for details); and day two (round #17) broadcast April 19 at 9 a.m. and 11 a.m. (central).

The entire Carlson Motorsports team would like to give a special thanks to all of their sponsors and fans who helped to make this past season one of the most successful ever! You can stay abreast of all the team happenings throughout the off-season and follow Andrew Carlson and his TORC series endeavors on their website www.carlsonmoto.com or follow them on Facebook @CarlsonMotoor Twitter #CarlsonMoto. You can also follow Pro Lite racer Andrew Carlson via Twitter @151Carlson. 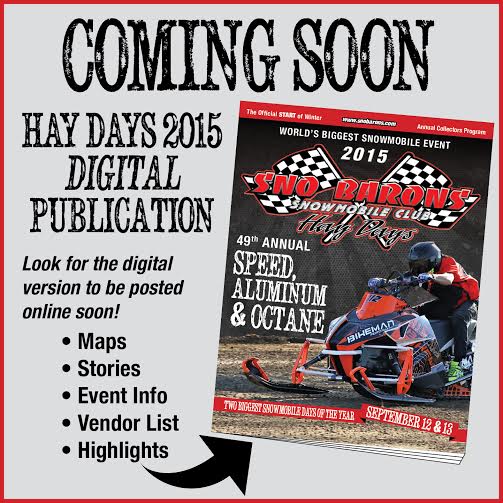 What’s more exciting than Hay Days being just around the corner? The release of the digital program! Check back soon