Fertile, Minnesota (March 11, 2015) – Christian Brothers Racing cross-country riders Zach Herfindahl and Ryan Trout raced the final event on their cross-country schedule, the Seven Clans Warroad 100 in Warroad, Minnesota. The traditional final race on the cross-country calendar, Warroad featured a mix of ditch, terrain and ice. A two day event, riders competed on Saturday and Sunday with final points tallied at the end of the event.

Herfindahl swept the Pro 600 class, taking wins both days in what turned out to be the roughest terrain race of the season. In a season that was challenging as far as snow, Warroad’s ditches were full of the white stuff, which resulted in a bump-filled course. Herfindahl won by almost 53-seconds the first day and 1:46.143 the second day giving him the overall win in the class. He won Pro Open on Day 2 by almost two minutes and placed second the day before, giving him the overall win in the class and a weekend sweep.

“The crew had our sleds running and handling awesome,” said Herfindahl. “We started the weekend off by putting ourselves up front on Saturday and come Sunday I was able to outride everyone and win Pro Open and Pro Stock. I was also able to win both points championships so I couldn’t be happier with how this year ended.”

Trout took the overall win in Semi-Pro 600, a hotly-contested class that typically features the most riders. The win is the first for Trout as a Semi-Pro rider. He backed up the win with a second in Semi-Pro Improved.

“The course was awesome, definitely my favorite this year,” said Trout. “My Arctic Cat snowmobile worked good, the crew worked hard and the course got really rough and fun! I rode well and was able to put together two solid rides.”

With an off weekend from the ISOC snocross national circuit, Dave Joanis traveled home to Canada where he competed in the CSRA Canadian National in Timmins, Ontario. Joanis swept the Pro Open class, taking wins both Saturday and Sunday on his Royal Distributing/Arctic Cat.

“I was able to win the qualifiers and the finals both days, so I was pretty pumped,” said Joanis. “Plus the weather was great and it was awesome to be home for the weekend.”Joanis will travel back and join the team for the final event on the ISOC calendar in Lake Geneva, Wisconsin, March 13-15. 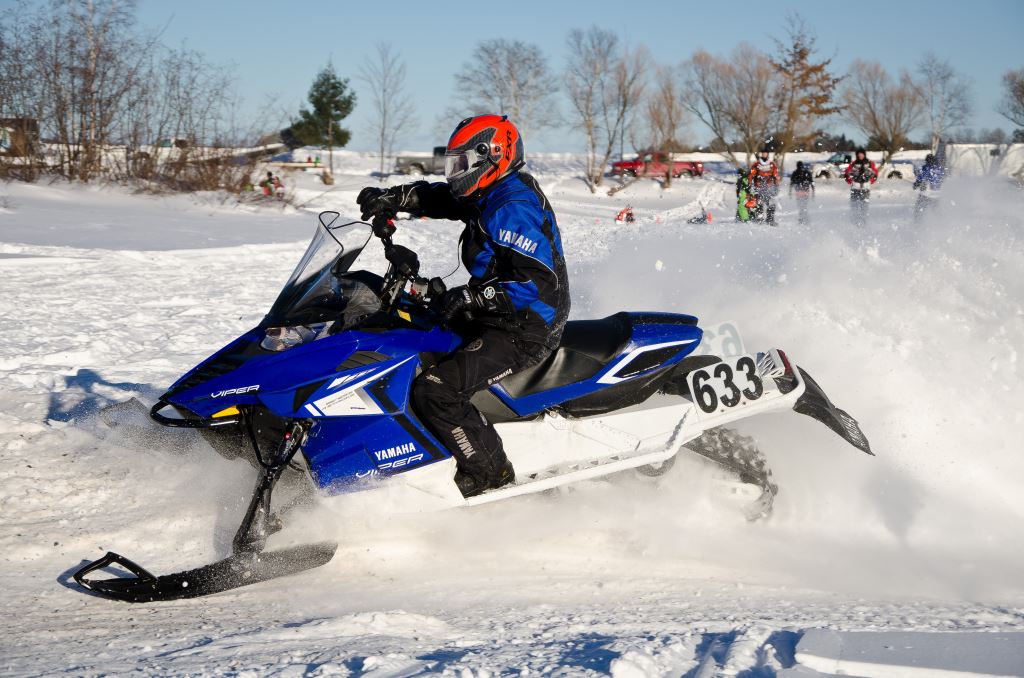 Yamaha announced a new contingency program today, aimed at supporting the everyday snowmobiler who wants to make a run at