Thief River Falls, Minnesota (Feb. 24, 2015) –Team Arctic was on the gas and cashing in on big wins at the MIRA Triple Crown of enduro racing in Lincoln, Michigan, and at the ISOC National snocross in Chicago. From the high-speed oval to the high-flying snocross terrain, Team Green wins more.

Cadarette Racing proved to be the best team in the MIRA No Bull Triple Crown series, capturing the overall title and the $15,000 payday with a second place finish in last weekend’s race in the Lincoln 500, combined with a second in the Soo 500 and a fourth at the Kinross 500. The team proved exceedingly fast and consistent, with pro racers Troy Dewald, Chad Lian, Cody Miaskoch and Jeff Leuenberger matched by the dominant Arctic Cat ZR 6000R race sled powered by a Speedwerx-modified Arctic Cat 600 C-TEC2 EFI engine.

Team Arctic snocross racers continued their onslaught of the ISOC national series, storming into Route 66 Raceway in Chicago for rounds 11 and 12. Tucker Hibbert delivered another stunning performance in Pro Open, winning every heat and both finals in dominant fashion while solidifying his nearly insurmountable championship points lead. Logan Christian, of the Christian Brothers Racing team, continued his season long march to the top of the Pro Open class, taking second place in round 12.

Ryley Bester and Brayden Kernz also scored wins for Team Arctic in Chicago while continuing the momentum into what will be the final two stops of the 2015 season.

The next stop on the ISOC National snocross tour is February 28 – March 1 in Mt. Pleasant, Michigan. 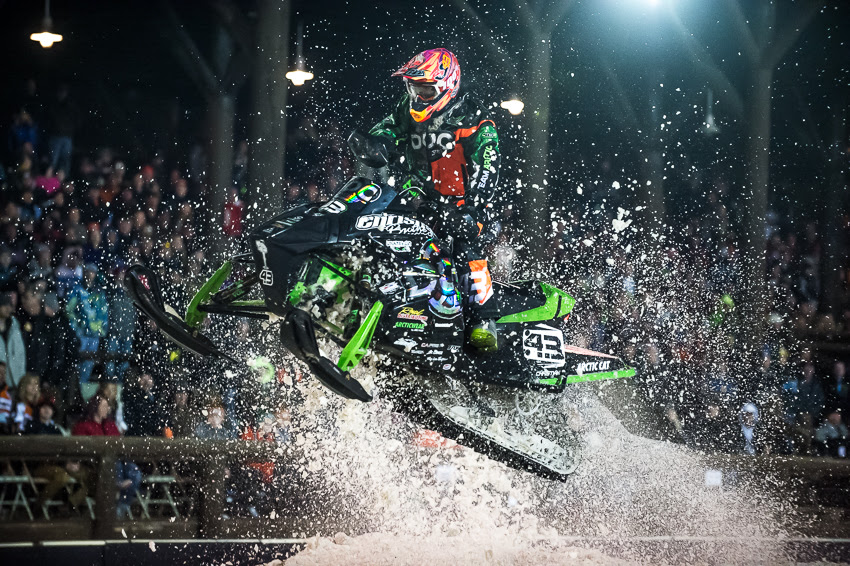