Bunke, who is in his second season in the Semi-Pro classes, finished second in the first day of racing, then was the top finisher on Sunday to win the Semi-Pro Improved class aboard a RUSH® built on the new AXYS® platform. That gave him two podium finishes in four races and put him second in class points.

Alex Hetteen (131 Racing) finished third in the Semi-Pro Stock class at Park Rapids and is currently third in Stock points.

Also racing on a RUSH on the AXYS platform in Pro Stock, Ryan Faust finished back in the field on Saturday but rebounded to cross the line third fastest on Sunday. That put him on the podium with a third-place overall finish. Bobby Menne (131 Racing) took fourth, Spencer Kadlec (Bunke Racing) was sixth, and Travis Faust (Faust Racing) finished ninth.

All Trails Lead To…

Mark your calendars now for the snowmobile drag races taking place at the Hungry Jack Lodge February 20. Check the Lodge out 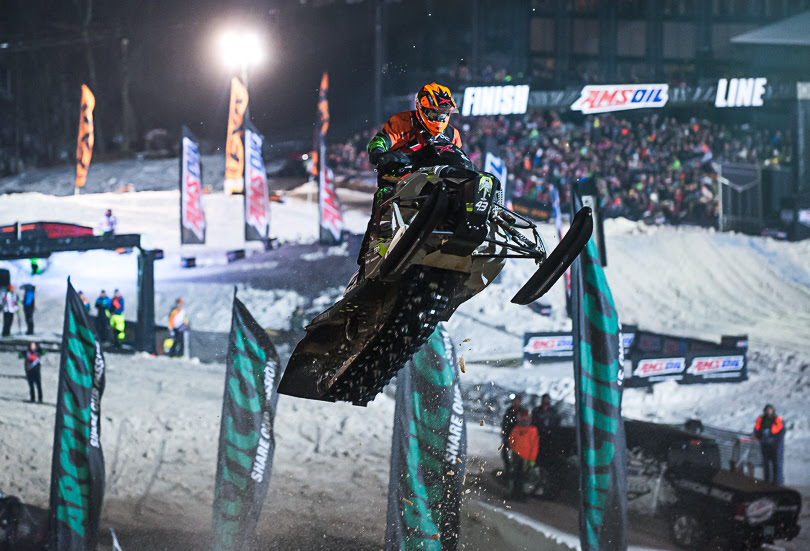 With a renewed commitment from Tommy Lipar Racing, the TLR Cup will run through the 2017 season with prize money