BOISE, ID (February 2, 2015)-When the snow clears in the coming spring, Wyoming riders will again enjoy the opportunity to traverse Trail 38 on the Bighorn National Forest, thanks to the Inyan Kara Riders-BlueRibbon Coalition (BRC) legal effort. Trail 38, a 4.5 mile section of rare Wyoming single-track, was closed in the Spring of 2012 through a Tongue District Ranger letter purporting to change the Trail’s designation to non-motorized. Following unsuccessful outreach and correspondence to the Forest Service, local riders contacted the BRC to evaluate their options. On August 6, 2014, the BRC Legal Team filed a lawsuit in the U.S. District of Wyoming, alleging that the non-motorized designation of Trail 38 violated federal laws and regulations. Rather than answer the complaint, the Forest Service withdrew its designation, and Trail 38 reverted to its earlier motorized status. 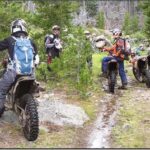 “We are pleasantly surprised by the Forest Service’s quick and decisive choice to avoid protracted litigation,” said J.R. Riggins, a named plaintiff in the suit and leader of the Wyoming rider’s effort. “Cynics sometimes think that litigation is an expensive exercise in symbolic futility, but our ability to resume summer trips on Trail 38 serves as a tangible reminder that a well-designed courtroom effort can make a difference on the ground,” Riggins observed.

Since 1997, the BRC Legal Program has appeared across the nation to fight recreation closures and defend pro-trail agency decisions. Many cases involve defense against attacks from anti-access groups. Some, like Trail 38, are efforts to go “on offense” and establish or restore access opportunities which has occurred at least 14 times. The BRC Legal Program total investment in access is at 1.7 million dollars spent and counting.

The plaintiffs in the Trail 38 effort were represented by Paul Turcke of Boise, Idaho, who has been lead counsel for BRC since the Legal Program’s inception, and local counsel Harriet Hageman and Stacia Berry of Hageman Law in Cheyenne. These lawyers previously joined forces to represent recreation interests in support of the State of Wyoming’s challenge to the 2001 Clinton-Gore Roadless Rule. The parties to the suit have reached an initial agreement on a settlement, which is undergoing final approval by federal government officials. 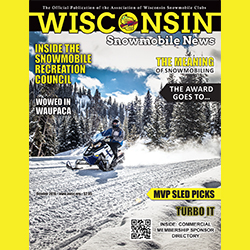 Derby Track Invites Die-Hard Enthusiasts to Participate in Vintage Weekend January 11-13 For all you old, die hard snowmobilers and