Typically, the X Games Snocross course features a wide start line, massive big-air jumps and sweeping banked corners but, this year it was more like a minefield. Riders struggled to find rhythm on the rough, 45-second track. With his sled setup perfected for Aspen’s high-elevation, Hibbert relied on his years of experience and fitness to navigate the grueling course.

After winning his qualifying round, Hibbert locked-in the number one qualifying position for the ten-rider, 20-lap final event. He once again chose the far inside for the short start straight. A little late on the throttle, he still had a good launch into the sharp right-hand first turn. He drifted wide over the field, avoiding getting tangled with another rider, and shot up the hill. With a clear course in front of him, he rode his own race and was never challenged for the win.

To celebrate winning his eighth-consecutive gold medal by over 20 seconds, Hibbert threw an uncharacteristic trick over the finish line. To honor his first X Games gold medal run in 2000, he threw his legs over his handlebars and executed a near-perfect heelclicker.

“I’m having a ton of fun racing.  The heelclicker was just to do something different. It’s not my style. A couple guys from Monster Energy were teasing me about the heelclicker because I threw one in 2000 when I won my first X Games. I didn’t think about it until I was ten feet from the finish. At first I thought I’d do a whip. Then, I remembered I should do a heelclicker. I just went for it. I’m still a little shocked I pulled it off so clean!”

Next up for Hibbert is the fifth stop of the ISOC National Snocross tour in Deadwood, SD. With 99 Pro National victories, he’ll attempt to capture his 100th win this weekend at the Deadwood Shootout. For more information on Hibbert and the remainder of his 2015 snocross season, visit www.tucker-hibbert.com. 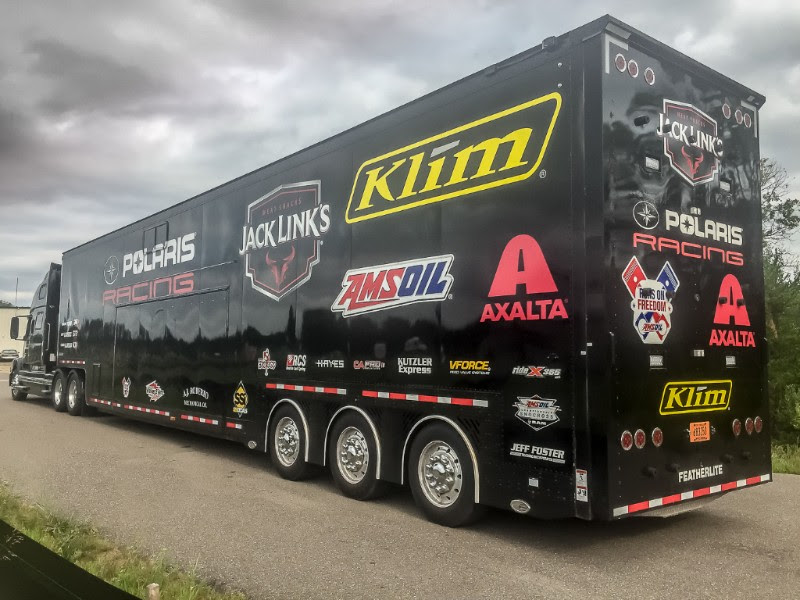 Duluth, MN (August 21, 2018) – Judnick Motorsports and Polaris Racing will be bringing more color and excitement to the 2019