MEDINA, Minn. (Dec. 1, 2014) – Polaris snocross racers started the 2014-2015 ISOC National season with a powerful performance as they earned three of the weekend’s six Pro Open podium spots, and they dominated the Pro Lite class – including finishing first through fourth in the weekend’s second Pro Lite final. The ISOC National tour opened Nov. 28-30 in Duluth, Minnesota, with the AMSOIL National at Spirit Mountain.

Kyle Pallin (Team LaVallee) reached the podium in both Pro Open finals with third- and second-place finishes, which put him second in Pro Open points after two rounds of racing.

In the second Pro Open final held on Sunday, Pallin once again reached the podium with a second-place finish, and Kamm finished fourth after making it into the final via the last chance qualifier (LCQ). Jake Scott finished eighth and Justin Broberg (Hentges Racing) finished 10th.

After two rounds of Pro Open racing, Pallin was second in points while Kamm was third. Broberg was in eighth, Jake Scott was in ninth, Ross Martin (Judnick Motorsports) was 12th, and Andrew Lieders (Team LaVallee) was 13th.

In the AMSOIL Dominator, the non-points feature traditionally held on Friday night of the Duluth racing weekend, Ross Martin reached the final by winning the LCQ and finished second in the finale. Martin, a two-time winner of the AMSOIL Dominator, had to start one row behind the other two racers in the final, and his determined bid to win the special trophy and $10,000 winner’s purse fell just short. The AMSOIL Dominator field is made up of the weekend’s top Pro Open qualifiers. They face off in three-lap head-to-head duels until just three racers are left for the final.

The second round of ISOC National racing will be the U.S. Air Force National at Buffalo River Race Park in Glyndon, Minnesota, near Fargo, N.D. Racing will be held Dec. 12-13. 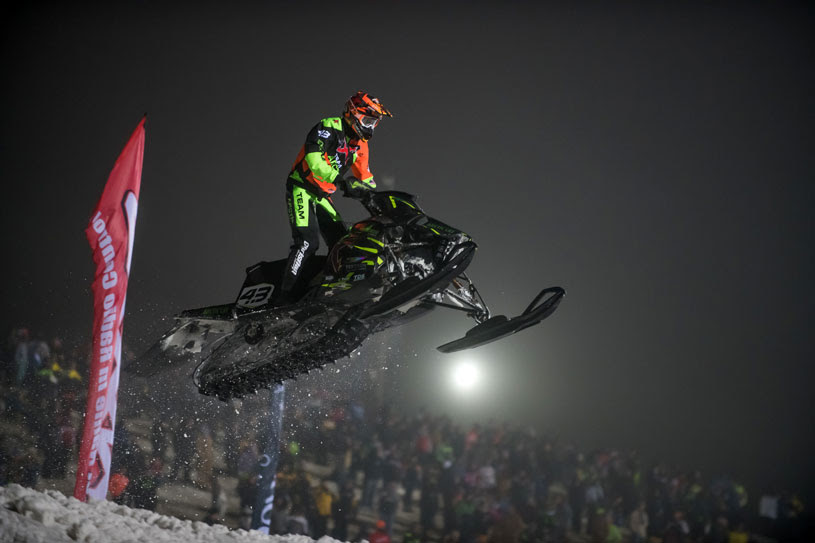 GloveTacts – Stay Connected to Your Devices

Last minute Christmas shoppers rejoice! GloveTacts allow you to stay connected without having to remove your gloves and they’re