DULUTH, MN (Nov. 30, 2014) –Professional snocross’ all-time winningest racer, Monster/Arctic Cat/Ram’s Tucker Hibbert, has been racing at Duluth’s Spirit Mountain for 15 years. And today, round two of 2014-’15 AMSOIL Championship Snocross, powered by Ram, Hibbert tapped into that vast experience to top the rest of the field in the premier Pro Open class.

“It was rough out there today,” said Hibbert in logging his second main event win of the weekend. “The snow dust made visibility very difficult. I rode a lot on memory.”

With snow dust lingering across the track as the afternoon winds died down atop Spirit Mountain, Hibbert danced through a field of lapped traffic, more or less unable to clearly see what was ahead of him. Enduring the conditions better than anyone on the track, Hibbert managed to still put time on the 2nd and 3rd place racers, Mystic/Loctite/Polaris’ Kyle Pallin and AMSOIL/Scheuring/Ski-Doo’s Lincoln Lemieux.

“I was able to grab the holeshot, but once Tucker got out in front there was no catching him,” said Pallin, who scored his second podium of the weekend with a 2nd place today.

Hibbert would employ a different strategy off the start, one that looked to pay off with a 2nd place run up the hill and into the first corner for the defending Pro Open champ. Using the center pole of the starting structure as a bit of a basketball-like pick on the rider staged to his left, Hibbert avoided being pinched off on the start – like what happened to him on Friday night – and came out of the first turn in 2nd behind Pallin.

One turn later on the oval course Hibbert dove into the inside of Pallin, beat him to the apex, and then pulled the Michigan native up back up to the top of the ski hill through the rhythm section. From there Hibbert clicked off fast lap after fast lap, eventually winning by 12.5 seconds. Pallin rode a great race for 2nd, as did Lemieux – scoring his first-ever podium in the Pro Open class (3rd).

Starting out of the back row after suffering mechanical issues earlier in the day (then winning the LCQ) was Hentges/Polaris’ Kody Kamm. Last year’s Pro Open overall point runner-up to Hibbert, Kamm put on a spectacular ride in today’s main event, rocketing from 11th to 5th place by the fifth lap. Then, when Ross Martin (DuPont/Jack Links/Polaris) suffered a mechanical issue in the middle of the rhythm section on lap six, Kamm inherited 4th place – and some important overall points.

All kinds of chaos off the start of Saturday’s Pro Lite main event saw Judnick Motorsport/Polaris’ James Johnstad, who won at the AMSOIL Duluth opener last year, get sideways at the start of the uphill rhythm section and collect at least five sleds. But making it through the carnage and into the early race lead was Carlson Motorsports/Polaris’ Ryan Springer.

The rookie racer out of St. Francis, MN, would be unstoppable on the day, leading the entire race and winning over teammate Andrew Carlson (3rd).

“Yesterday was a tough day, ended my night in the LCQ,” said Springer, who became the weekend’s second rookie racer to win a Pro Lite main event after Elias Ishoel won on Friday. “So to take the holeshot and the win is a good feeling.”

Springer raced clean and fast, handling everything the Spirit Mountain track could throw at him. His mastery of the rugged course would earn his more than a second-a-lap on his teammate Carlson, along with eventual runner-up Zak Mason (Leighton Motorsports/Polaris).

With Springer checked out in the later laps, Mason made a charge on Carlson. The two would dice a bit heading into lap 11, with Mason eventually getting by Carlson and locking down 2nd place through the checkers. Following Carlson to round out the top five were Pro Lite’s No. 1 qualifier of the day, Trevor Leighton (Leighton Motorsports/Polaris) and Canada’s Corey Watkinson (Watkinson Motorsports/Arctic Cat).

Beginning with AMSOIL Championship Snocross’ season-opening round in Duluth, MN and running through the season finale in Lake Geneva, Wis., CBS Sports Network will air 17 one-hour programs of the ACS races. 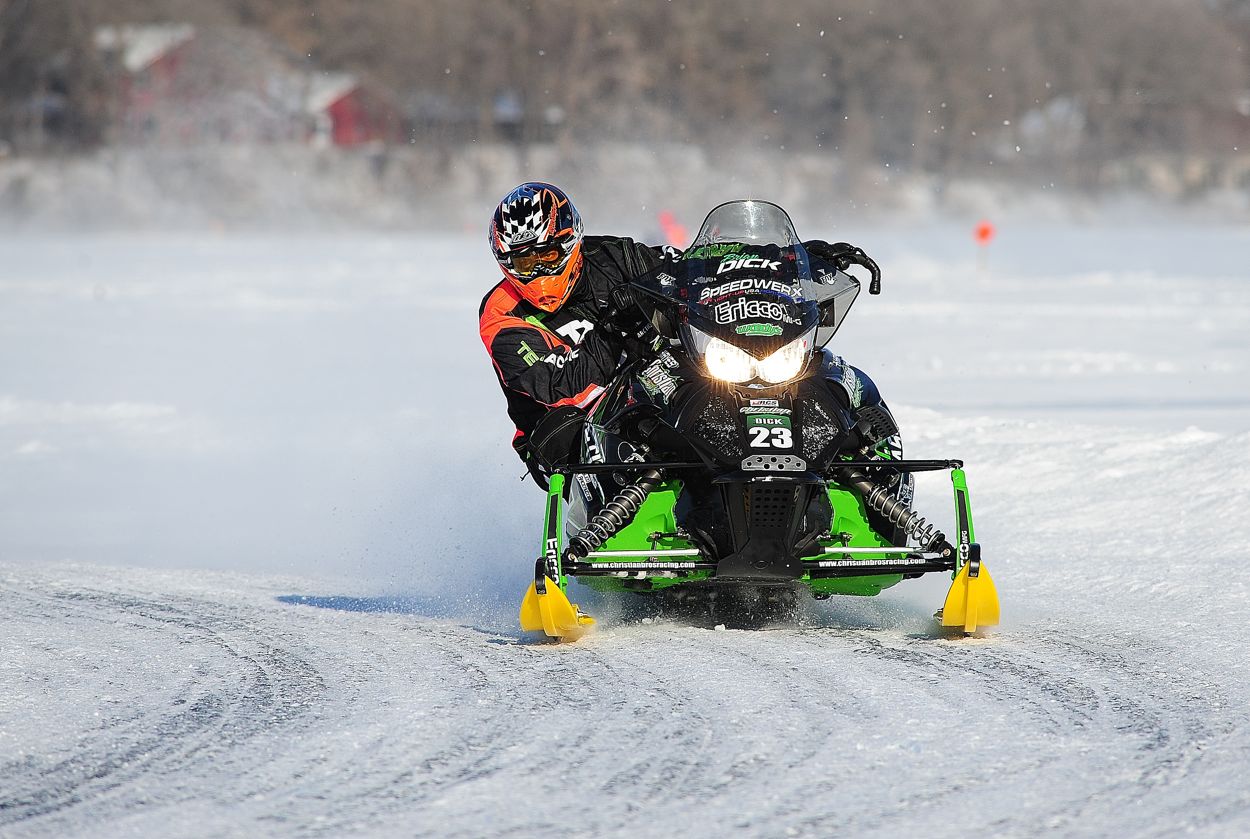 Sacramento, CA (January 8, 2013) — The U.S. District Court for the Eastern District of California issued a decision on