Larry Koch, a member of the Sno Barons Snowmobile Club and co-owner of Tousley Motor Sports in White Bear Lake, died on October 21 after a brief illness. He was 71. 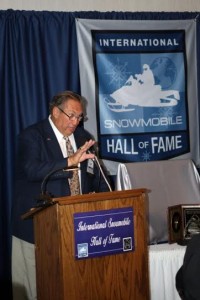 Koch co-owned Tousley Motor Sports for 33 year until he retired to Siren, Wis. Koch was also an inductee and director of the International Snowmobile Hall of Fame. He will be sorely missed for his gregarious nature, his wealth of ideas, and his truly larger than life personality. He will be sadly missed by his wife Janet; his sons Larry, Jr.  and Terry; grandchildren, extended family and friends.

A memorial service will be held on Monday, October 27at 11:00 AM (visitation 10-11 AM) at Bethany Lutheran Church in Siren with Pastor Paul Peterson officiating. Arrangements were entrusted to Swedberg-Taylor Funeral Home, Siren. Online condolences can be made at www.swedberg-taylor.com 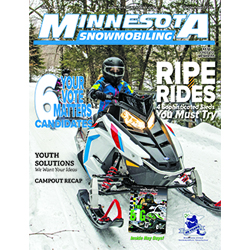 This month’s issue of Minnesota Snowmobiling is online now. Download it for features including: -Get to Know the MnUSA Candidates

Yamaha Snowmobile Race Team to be Supported by Elka Suspension