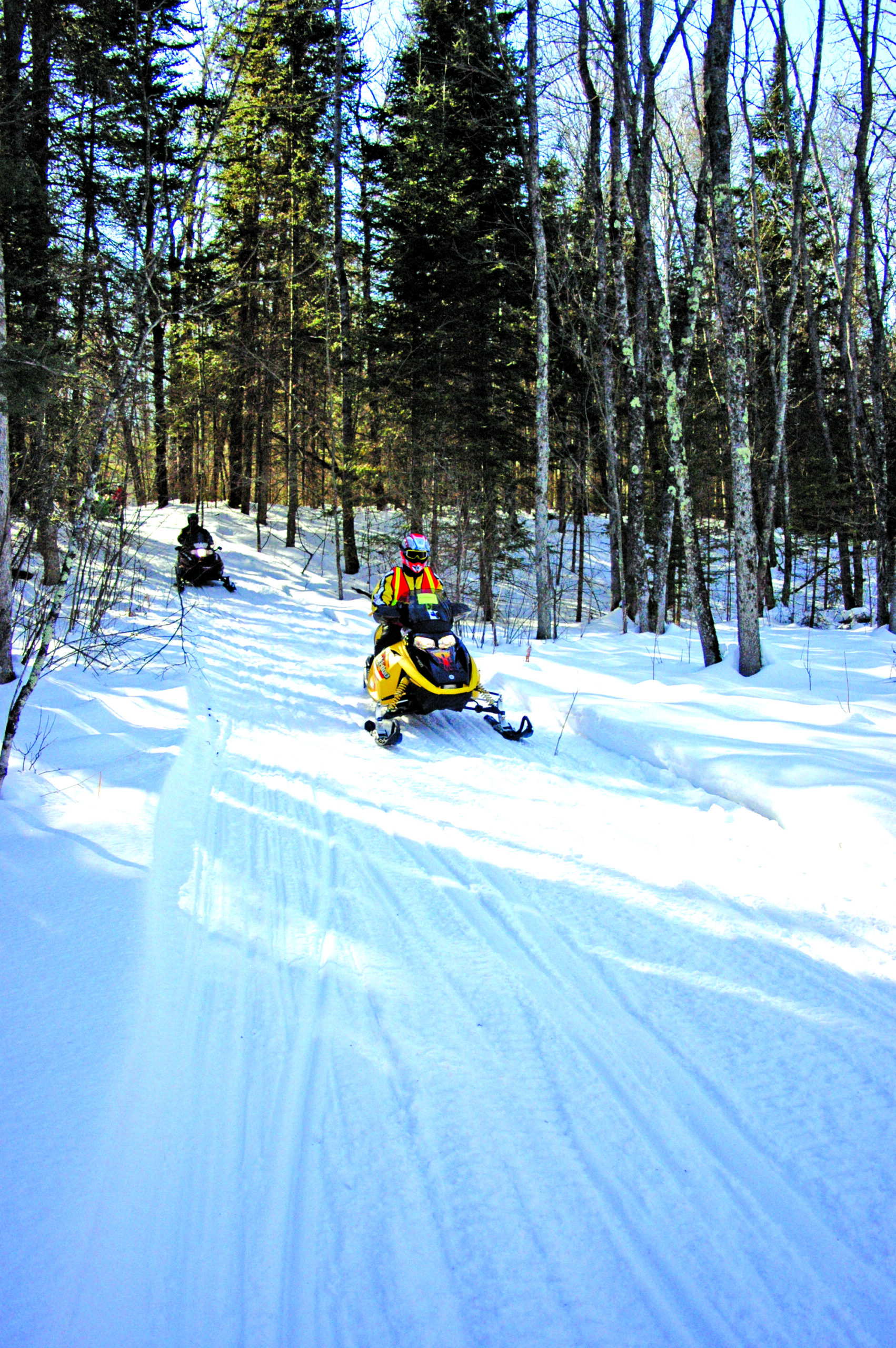 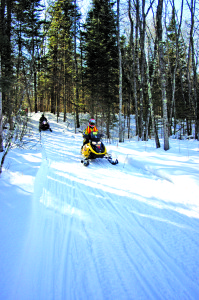 If there’s an area of the state that’s near and dear to just about every Minnesotan, it’s the Arrowhead.

It’s a year-round hotspot for nature-lovers, outdoor adventure-seekers, honeymooners and those who just want to get away from it all. It also has some of the most reliable snowfall and likely the lowest trail-to-road-crossing ratio in the state.

Make no mistake: this is remote country. On the entire trail, we counted only 16 road crossings. There are very few gas stations along the trail; most are found by taking spur trails closer to the water’s edge. At a minimum, it’s a 20-mile round trip from the North Shore Trail.

The area is rich in wildlife, and an observant snowmobiler can often spot more than the typical deer. Keep on the watch for various birds of prey and moose. The funny-looking dog trotting down the trail is likely a timber wolf.

The farthest-reaching trailhead is in Grand Marais. Just about five miles out of town is the nexus for the area’s other crown jewel: the Gunflint Snowmobile Trail. This trail aims straight north and then west toward the Canadian border and through some of the most lovely, most remote areas of the state. After about 50 miles, the trail ends at Lake Saganaga where a laketop trail hooks a snowmobiler into the Canadian trail system. Ontario trails can also be reached through Gunflint Lake, where there are three lodging options. If you’re going to cross over, make sure to have a remote border crossing permit and be aware of trail permit laws in Ontario.

The Grand Marais-based Cook County Ridge Riders grooms about 120 miles of trail. Founded in 1961, it’s one of the older clubs in the state and it currently has about 200 members.

It’s an active club, with a long list of winter activities posted on its Web site. The highlights are the poker runs and drag races, as well as the annual Trout Derby, said Shele Toftey, trail administrator for the club.

To get a good idea of what the area has to offer, Toftey suggests a 60-mile route starting in Grand Marais and working up the twisty, woodsy Gunflint Trail to the trail center area — a collection of restaurants and lodging near Lumberjack and Poplar lakes. Then, return back on the Expressway Trail, which is a wider trail that leads back to town. “It’s really the highlight of the whole area,” she said.

There are fun excursions in any direction, said Emily Lavigne, owner of Devil’s Track Resort. With the resort as a terminus, she’ll send snowmobilers west to the unique pitstop, the Trestle Inn. To the north, she recommends the entire Gunflint system. To the east is the less developed, more remote and scenically striking Grand Portage trail system, she said.

Because of Grand Marais’ distance from the Twin Cities, Lavigne said the area sees less snowmobile traffic than other parts of the North Shore. Snow is typically good into April, with March as one of the best months for riding. The February thaw did hit the area, but with a 2- to 4-foot base, the trails were not affected.

It’s also not the type of riding found in other parts of the state, she said. “We’re not a bar-to-bar destination,” she said. “We see a lot more couples and families who are looking for the nature and beauty of the area — not full-throttle to the next stop.”