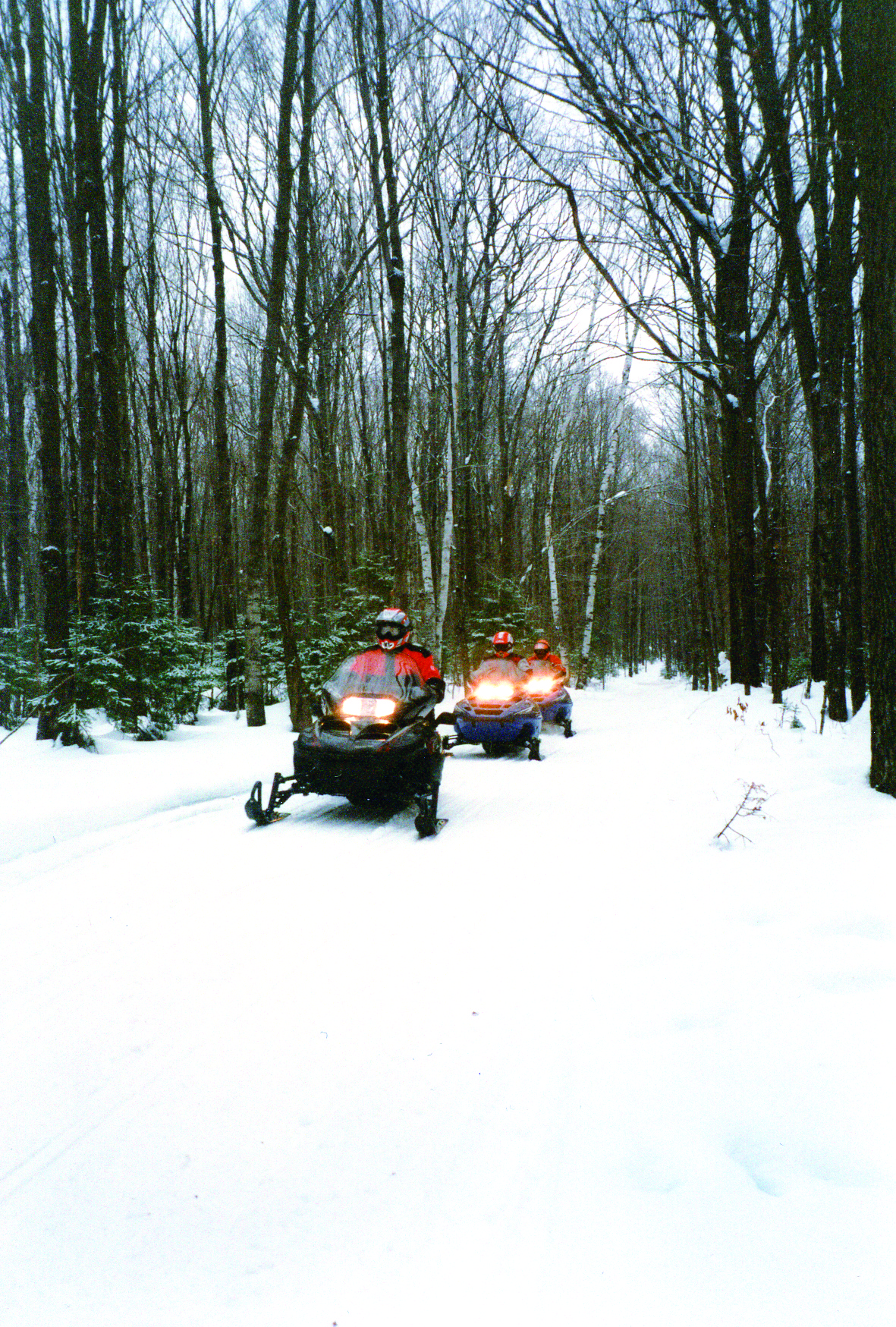 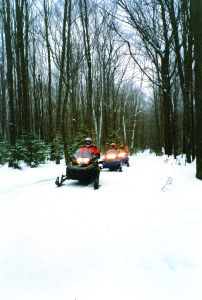 Minnesota may be the land of 10,000 lakes and there may be more than 100 of them shown on the Bemidji-area trail map – but don’t expect to snowmobile across them.

“We don’t have any designated trails across lakes,” said Gayle Quistgard, president of the North Country Trails Snowmobile Club and of the Bemidji Convention and Visitors Bureau. “People can go out on the lakes, but our trails don’t cross them.”

Instead, the Bemidji-area trails consist of woods, some open areas and a bit of ditch. New routings give easier access within town – only a few blocks of street-riding remain. It’s also a good hub to go many directions, Quistgard said, whether it’s to Thief River Falls for a factory tour, to Baudette to see Willy the Walleye, to the source of the Mississippi in Itasca State Park or to follow the Yellow Brick Road to Grand Rapids. The town is also a terminus for two state trails: The Paul Bunyan Trail and the Blue Ox Trail.

The North Country Trails club is the primary caretaker of the Bemidji-area trails. The approximately 400 miles of trail are named, numbered, color-coded and marked by GPS. At least one-third of the trails cross private land, and trails cross hardwood and pine areas. The trail system in Bemidji is one of the earliest in Minnesota, and was built under the guidance of Minnesota snowmobiling pioneer Hank Lindsey. Most trails are quite rural, and, in some cases, with few stops. Wildlife-spotting is abundant from the trails, especially deer, said Eugene Teigland, owner of Bemidji Sport Centre.

The Debs Trail is one of these, and Quistgard names it as her favorite. Named for the town of Debs, it heads northwest out of town. It starts with some ditch riding and open areas, and then turns to woods with all of the fun twists and turns. A ride up and down the full trail is about 100 miles, with limited gas stops – so start with a full tank, Quistgard said. She also said the area seems to get more snow than others.

A highlight of the trail comes toward the northwest end, near Highway 24. It’s called Bunker Hill, and it’s a place to play. Motorized sledders like to climb it, plastic sledders like to slide down it. It’s a popular place to bring the family and have a winter picnic.

Debs Trail is also a good start to a longer loop, Quistgard said, with alternate return possibilities on the Nebish/Tri-Club trails, the Old Fosston Trail or the Deer Lake Trail. Popular pitstops on the trail include the 71 Bar near Turtle River, Dale’s Bar and Grill on the Deer Lake Trail and the Blue Moon Saloon on the Bedica Trail.And just because trails don’t cross lakes doesn’t mean that they’re completely off-limits. Teigland helps sponsor an annual vintage ice oval race, which will take place on Lake Irving on January 24-25.  The Buena Vista Trail stops at Turtle Lake, and the community hosts Polar Daze, also in January, which offers the opportunity to jump into Lake Bemidji – without your snowmobile.

*THIS ARTICLE WAS ORIGINALLY PUBLISHED IN MINNESOTA SNOWMOBILING MAGAZINE JANUARY, 2009.

Looking for something to do this weekend? Head over to the 25th Annual Waconia Ride-In in Waconia, Minnesota for three