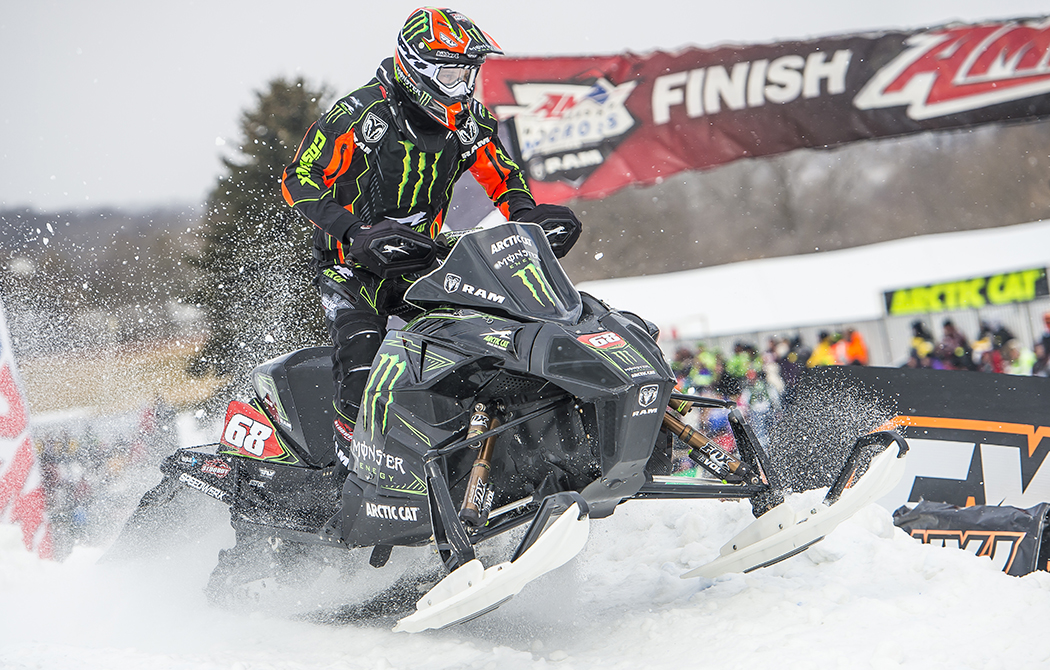 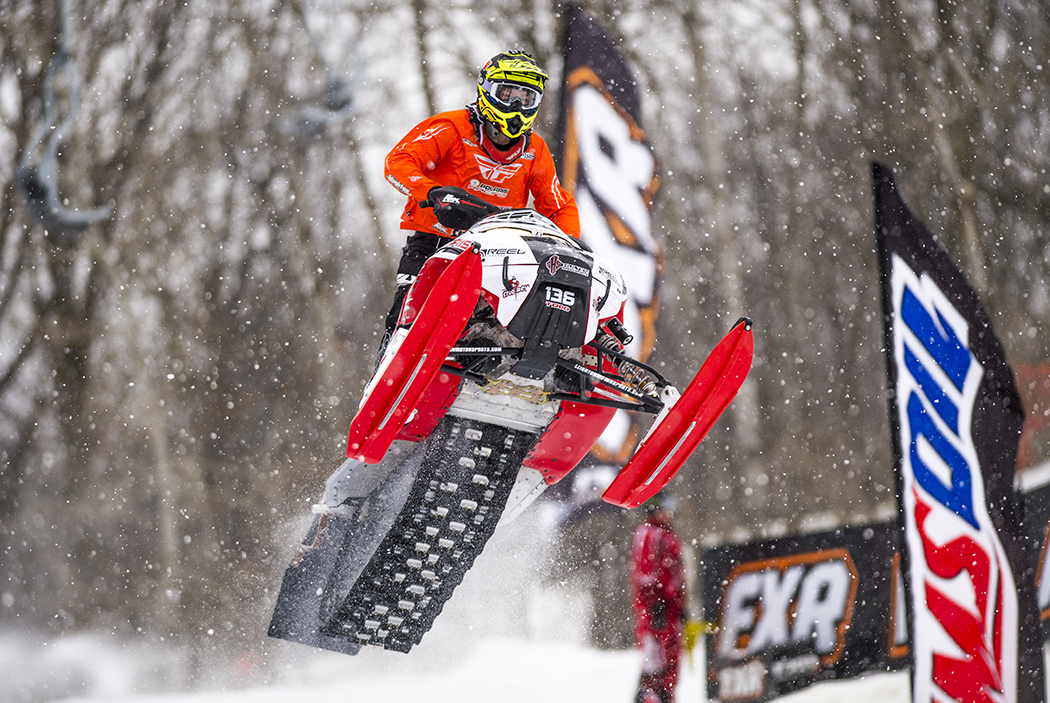 Local Ross Martin (DuPont/Jack Links/Polaris) pulled off his second massive start in as many nights, nailing the Stud Boy Holeshot and towing the Pro Open field up the first massive hill at Lake Geneva. But as quickly as you could say “left hander,” Justin Broberg (Hentges Racing/Polaris) shot to the outside of Martin and led pack back down the same hill.

With Kyle Pallin (LaVallee Racing/Polaris) following in 3rd and Hibbert in 4th, the four sled pack separated from the field and took to breaking way on the longest track on the AMSOIL Championship Snocross racing circuit this year. Hibbert would make a move towards the end of lap two to get by Pallin, then soon after charged past Martin – who had checked up for a split second on top of a large berm.

Hibbert would then set his site on Broberg, who he set up and passed on the outside of a downhill section, doubling past Broberg through air – and into the lead for good to secure the 1st/1st/1st sweep of Lake Geneva this weekend.

“This was easily the best season I’ve ever had,” said Hibbert, who won 15 out of 17 AMSOIL Championship Races, along with his seventh-straight X Games Snocross gold medal. “The track today wasn’t easy, and that’s the way it should be. Separated the men from the boys and we had to work for the win.”

With Broberg in 2nd place, his Hentges Racing/Polaris teammate Kody Kamm was rushing up from 4th – and gaining on Martin. Martin would make a mistake in trying to get past Broberg on a hilltop turn, tipped over and allowed Kamm to get by for 3rd. Martin would remount to make the top five (5th), behind Pallin in 4th place.

Said Broberg of his first-ever Pro Open class podium: “It’s been a long time coming. This is my third year in the Pro Open class and we’ve come a long way. Getting my first podium here at Lake Geneva couldn’t have ended the season any better.”

Andrew Carlson had one thing to accomplish today – and that was to win. And he did just that, finishing the 2013-’14 AMSOIL Championship Snocross, powered by Ram, on a high note at the season’s final race. Corin Todd had one thing to do as well, and that was to stay within 11 points of Carlson – and Todd did just that, winning the overall Pro Lite championship by seven points over Carlson, 588-581, with a 3rd place run today.

“It was a long season and it came down to the last race – and it couldn’t have ended any better,” said Todd, the reigning Pro Lite champion. “I qualified in 2nd place, got a pretty good start, picked the right lines and rode a smart race. I didn’t get the points lead this season until Fargo (N.D.), then I put on a strong finish through the end of the season. It’s great to win the title, but it was a struggle for sure.”

There was never a doubt for Carlson today, putting in his best effort of the second half of the AMSOIL Championship Snocross season. From the holeshot over James Johnstad (Judnick Motorsports/Polaris to a smooth, consistent run, the race win for Carlson today was well-deserved and well-received by the Carlson Motorsports team. “This is the race you think about all year, from when you’re training in the summer up to today. We had a lot of ups and downs this season, so I’m just happy to end the year on a positive note. It was win or crash trying – and we were fortunate to win today.”

With Carlson up front and in control, Todd, who started in 4th place, would get past Leighton Motorsports/Polaris teammate Zak Mason for 3rd. Johnstad would stay strong in 2nd, recording his second podium of the Lake Geneva race weekend. Rounding out the top five today in Pro Lite racing were Mason in 4th and Arctic Cat’s Corey Watkinson in 5th.

Santa didn’t bring you or your aspiring racer exactly what he or she wanted this Christmas? Well ERX is coming 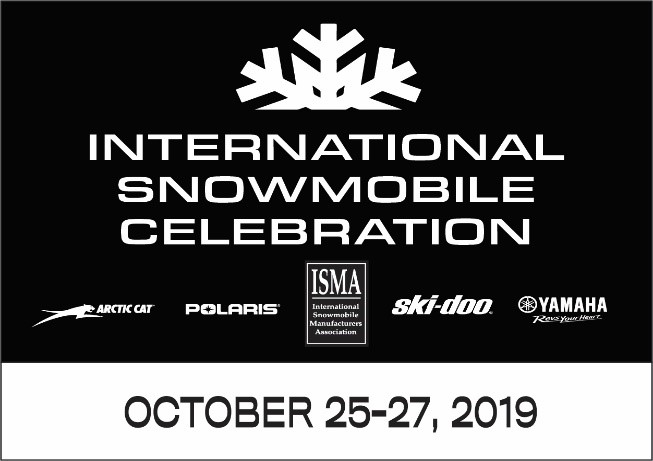 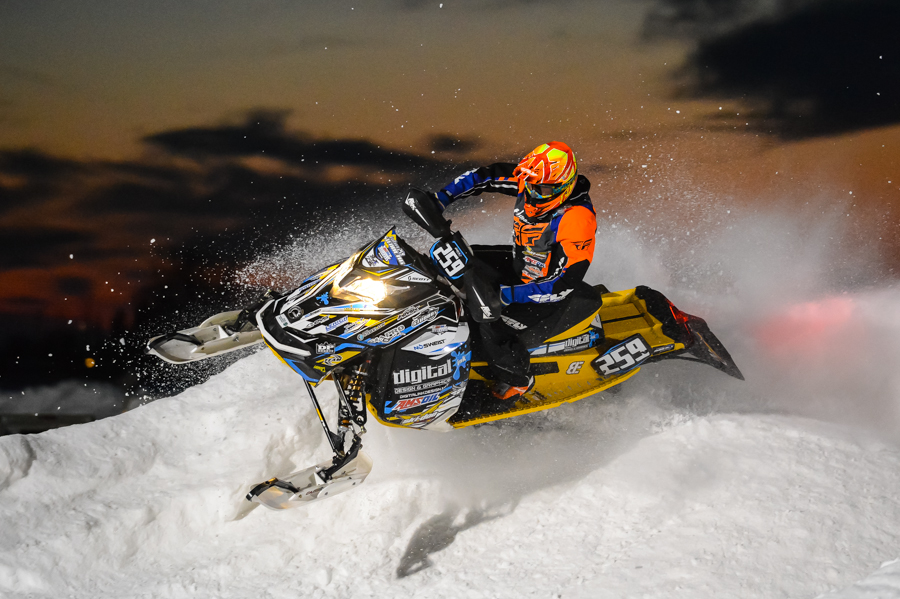