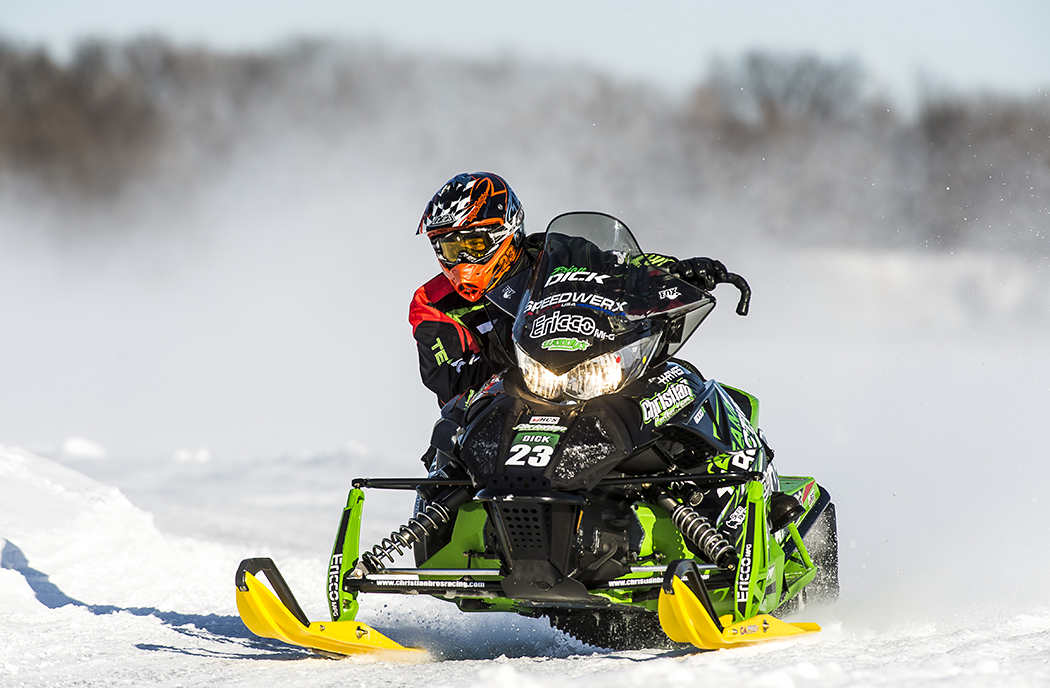 Willmar, Minn. (January 19, 2014) – The Christian Brothers Racing cross-country tandem of Zach Herfindahl and Brian Dick came into the third race on the USXC schedule, the Willmar Area Lakes 100 in Willmar, Minnesota, as the riders to beat. Herfindahl was points leader in the Pro Stock class and the pair had taken two of three class wins so far. Herfindahl also had a Pro Open win at the last race. With a similar lake race format as the first two events, the pair were looking for more success at Willmar. Held on the frozen surface of Upper Foot Lake, racers competed on a roughly 10-mile ice lemans-style course under clear skies. 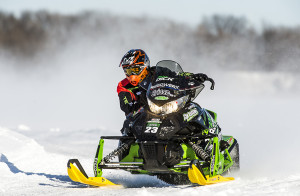 Fresh off his commanding Pro Stock win the race before, Brian Dick entered the Willmar race with a great sled setup and wave of momentum. He won the three-lap Pro Open race finishing five seconds ahead of second place. Brian finished second in the 10-lap, 100-mile Pro Stock race, logging the fastest MPH of the event.

Dick remarked, “Our Arctic Cat snowmobiles are really dialed in and it showed in our MPH – we had the fastest sled on the track today. That helped get us the win in Pro Open and a solid finish in Pro Stock.” 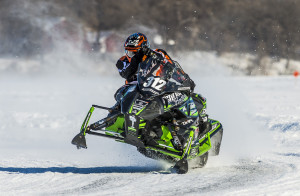 After hitting the ice running at the first two events, Zach Herfindahl came to Willmar hoping to extend his points lead in Pro Stock. Herfindahl took third in Pro Open, backing up his teammate on the podium. In Pro Stock he lost his brakes after one lap but still managed to finish in 11th place and the points cushion he had coming into the event meant he would still leave Willmar as the Pro Stock points leader.

“We had a good run in Pro Open,” said Herfindahl, “but unfortunately I lost my brakes in Pro Stock. I thought we had a good chance at taking the win in that class, but we still have the points lead so that’s a positive.

Meanwhile, CBR snocross rider Tyler Adams spent the weekend racing at the Eagle River World Championship Snowmobile Derby in Eagle River, Wisconsin, where he led the Pro Open snocross final during the Friday Night Thunder event for 12 out of 15 laps. The next day he competed in a Great Lakes Snocross event in Illinois where he swept the Pro Lite class.

Elk River, Minnesota (November 24, 2015) – One of the most recognized names in snowmobile aftermarket performance products has joined 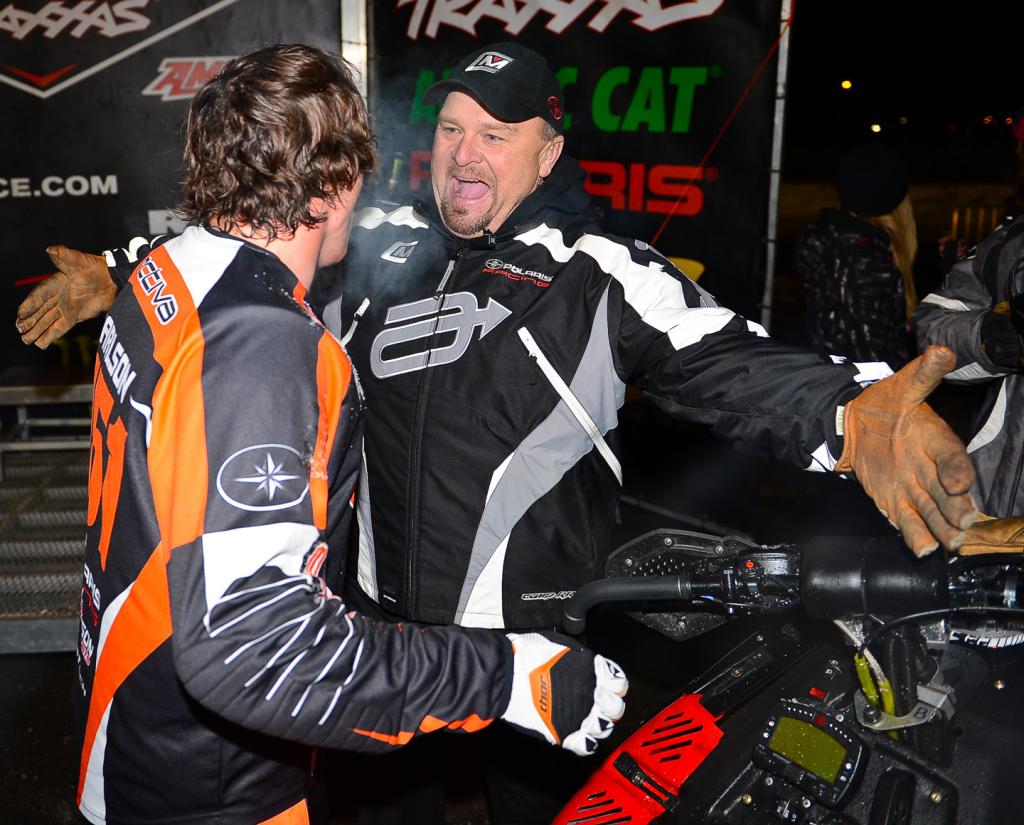 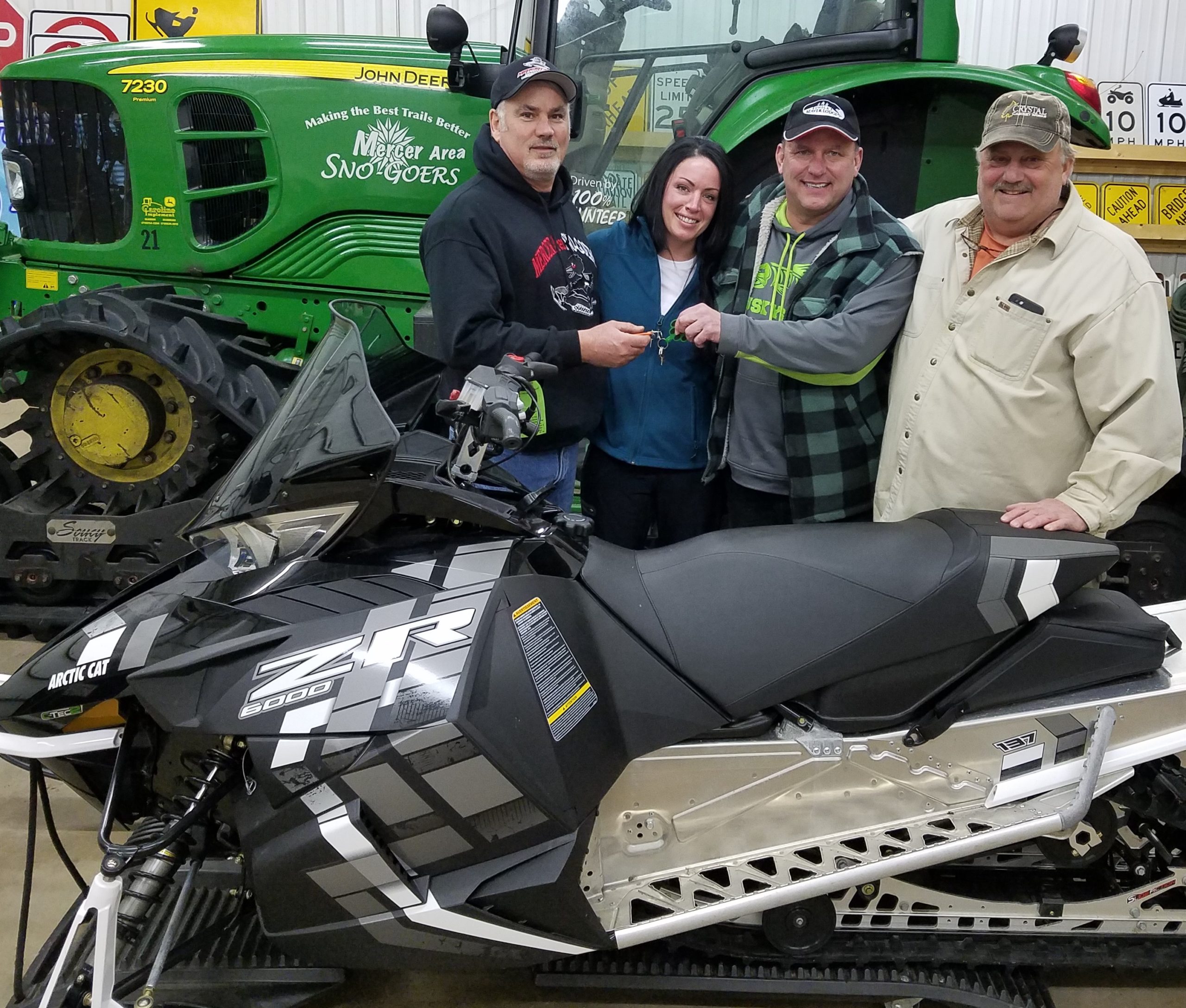 The Mercer Area Sno Goers are excited to announce the winners of the 2016-2017 Winter Raffle. The raffle drawing was