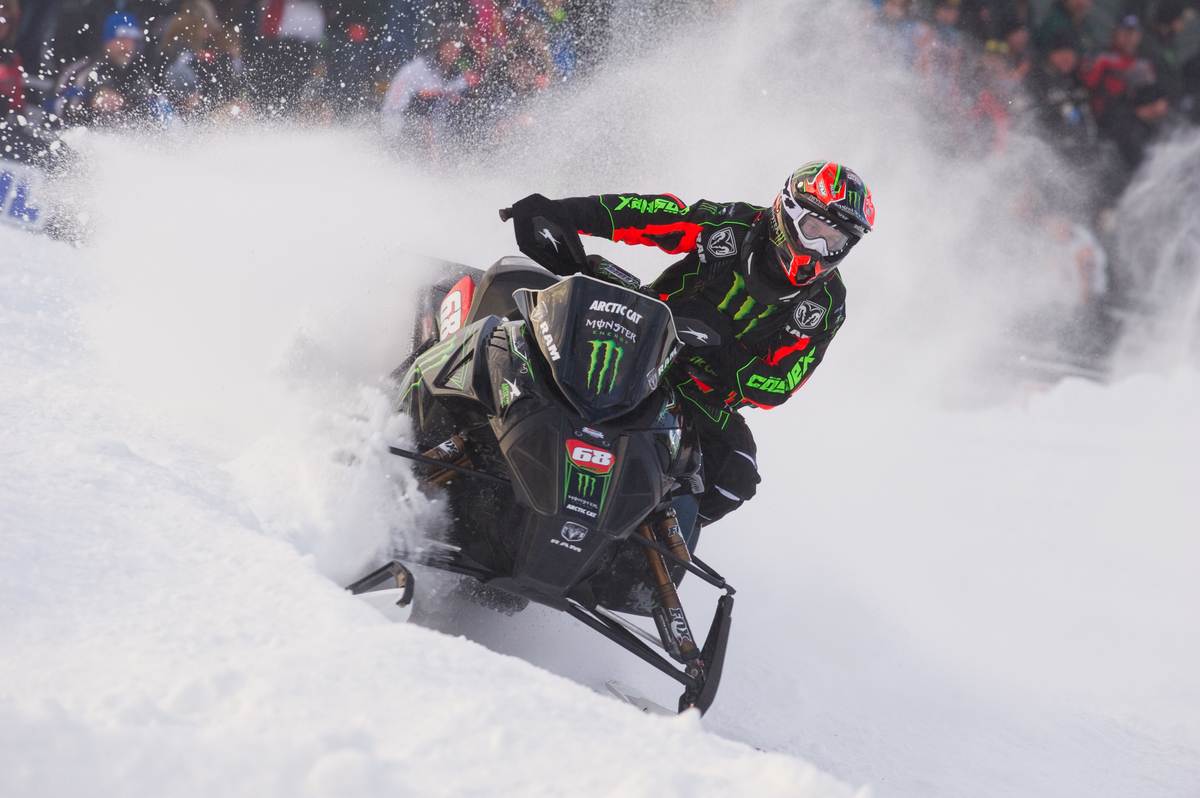 Hibbert, the defending ISOC Pro Open Champion, has been on a tear this season winning all four contested main events, boosting his win record to 84 and tying Blair Morgan for all-time premier class victories. The on track battles between Hibbert and Morgan are known as the most intense and electrifying races in the history of snocross. With Morgan no longer competing, Hibbert has continued to dominate the sport. At the season opener Thanksgiving weekend in Duluth, the 29-year-old lapped the entire 15-rider field, setting the stage for another record-breaking season.

With Pro Open finals Friday and Saturday night at Canterbury Park, Hibbert has two shots at Morgan’s record. Pro racing action kicks off at six o’clock both nights. Tickets can be purchased at the gate or online. Visit www.isocracing.com for more information.

Tucker Hibbert – #68 Monster Energy/Arctic Cat
“Canterbury is one of the best events of the season. There’s always a big crowd and with all this cold weather, we should have a really nice track. I’m pumped that we’re racing under the lights. It creates a really exciting atmosphere to race in. Having the chance to beat Blair’s win record is awesome. I’m going to approach this race just like every race and do my best to win.”

Noteworthy
From Shakopee, Hibbert and his crew will travel to Colorado for Winter X Games training and testing. On January 26 in Aspen, Hibbert will attempt to become the first athlete in history to win seven consecutive X Games gold medals.

Fertile, Minnesota (March 12, 2015) – For the past two seasons, Christian Brothers Racing has teamed up with Arctic Cat and ISOC