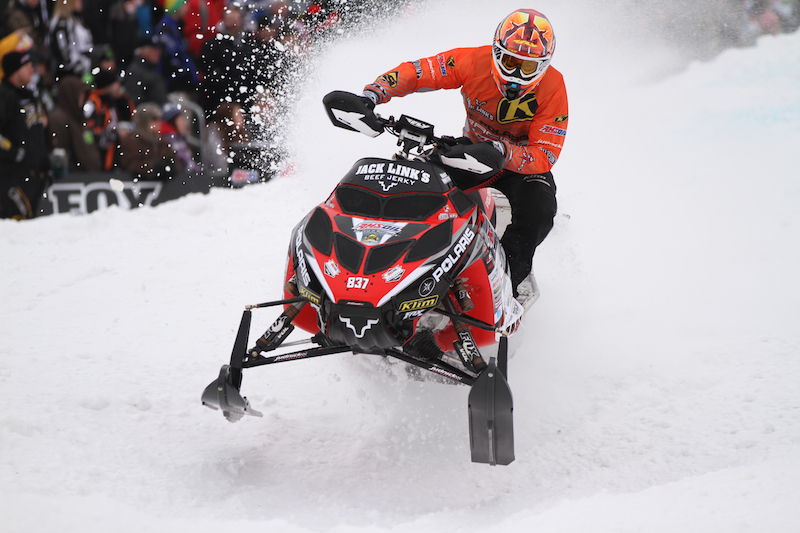 Martin finished second in the Pro Open division on Friday night and followed that up with a fifth-place finish on Saturday. Martin now is fourth in the Pro Open points standings after four races.

“Definitely not a bad weekend,” Martin said. “We’ve got a long way to go, so points are nothing to worry about yet, but it’s still nice to gain them when you can.

“It was 20-below all weekend and you couldn’t see a thing. It was worse than a dusty dirt-bike race. It was incredibly hard. You would have your sled pinned, and you were totally blind. You just couldn’t tell when you were going to hit something. It was one of those races where the holeshot was really, really important.”

Martin finished fourth in his Round 1 heat on Friday, and then won his second heat to advance to the final. There, he tried to make a move on holeshot winner Jake Scott for the lead, but just as he did, points leader Tucker Hibbert came charging through for the top spot.

Martin chased Hibbert the rest of the way and came home second.

“The track was really good, but it was super cold and the snow dust was hanging in the air,” Martin said. “It was super hard to see, and it was probably one of the hardest races, as far as vision, I’ve been in for a while.

“By the time I hit the first turn in the main, I came out second, and as I passed (Scott) for the lead, Tucker was there and got by both of us. That’s exactly how the race ended.”

Martin’s solid riding continued in more blustery conditions on Saturday, where snow dust once again made racing difficult. He won both his heat races to qualify No. 1 for the final, but had a rough start and did well to hang on for fifth place.

“The starts were super important for the main,” Martin said. “I lined up all the way inside because that’s where all the holeshots had been coming from. For whatever reason, the outside guys came out with the holeshots that race, and none of the inside guys got up front, so it was kind of weird.

“I didn’t get a good start and that killed me. I had to work my way through the pack and by the time I did I couldn’t do any better than fifth.”

AMSOIL Pro-Lite rider James Johnstad, Martin’s teammate at Judnick Motorsports, suffered a broken collarbone a week ago during the season-opening double-header in Duluth, Minn., and missed the Bessemer race.

MINNEAPOLIS (March 20, 2015) – If the entire extreme powersports industry took a vote on who had the best competition year 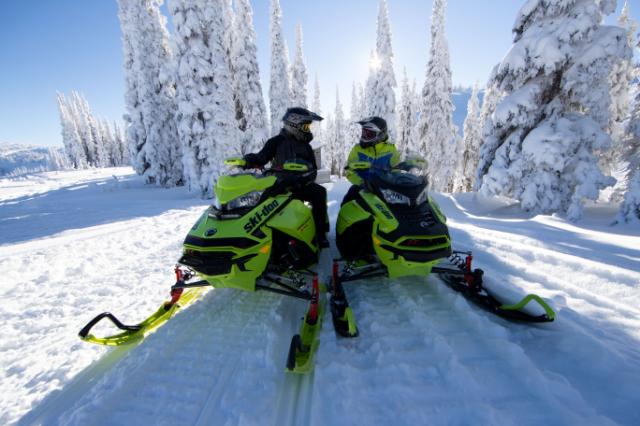 A new utility standard is born as the REV Gen4 platform comes to the Sport Utility lineup. With the line