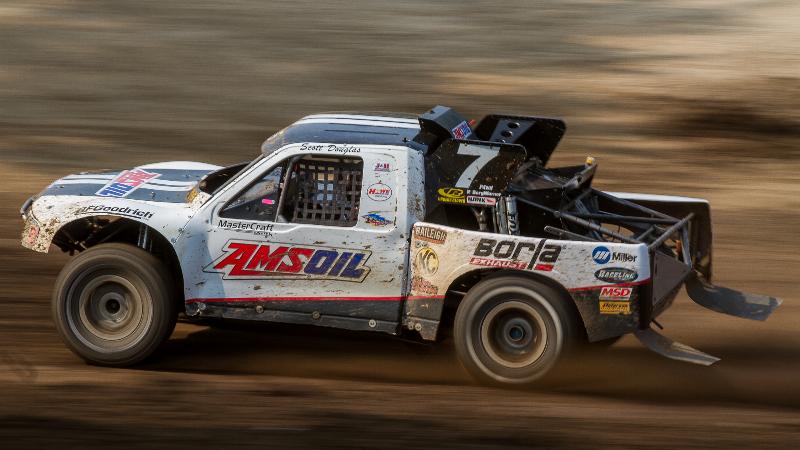 CRANDON, Wis. (Aug. 20) – It hasn’t taken very long for the AMSOIL Cup to become the biggest draw in off-road truck racing, but with such a unique format, not to mention the $40,000 on the line, it’s easy to understand why it has become the crown jewel race of the sport.

Once again the very best Pro 2WD and Pro 4WD racers will square off in the AMSOIL Cup at Crandon International Off-Road Raceway, which will take place during the Traxxas TORC Series presented by AMSOIL annual World Championship Off-Road Races on Labor Day Weekend.

“This event has grown beyond our expectations,” said AMSOIL Race Program Manager Jeremy Meyer. “Every year the fields get deeper and the racing gets more intense. Labor Day at Crandon is what off-road racing is all about, and AMSOIL is proud to be at the center of it all.”

The AMSOIL Cup has been quickly embraced by racers as well.

“We always do well in Cup races; we love them,” said Scott Douglas, winner of the 2010 AMSOIL Cup and driver of the AMSOIL/Borla Exhaust/BFGoodrich Ford F-150. “Winning this race compares to winning a championship ring. We put so much into this one race. You’ve got to be patient but aggressive at the same time. You have to make every lap count.”

The race’s format pits Pro 2WD and Pro 4WD trucks on the track at the same time.

“We’re the rabbits in the race,” said 2011 AMSOIL Cup winner Chad Hord, who drives the BOSS Snowplow/AMSOIL/Maxxis Nissan in Pro 2WD. “They give us a head start and we start to battle among ourselves. Then they let the Pro 4WDs go, and when you know they are coming you really have to go hard.”

Douglas, who races in the Pro 4WD class, said the race is a huge challenge.

“(Pro 2WD drivers) are a third to half a lap ahead of us by the time we start,” Douglas said. “We’ve got to battle a tight field of Pro 4WD guys at the same time we have to dice through to catch the Pro 2WD trucks.

“The level of the Pro 2WDs are mild to wild. Some of the beginner guys are in the back and they’re all over the place, so you’ve got to make your moves and hope you don’t get taken out while you’re doing it. When you get to the upper tier of those guys, it gets tougher and tougher. If a Pro 4WD wins the race, the pass for the lead won’t happen until the last couple of laps.”

Despite the challenges, Hord said the reward and bragging rights at the end of the day are more than worth the effort.

“You push hard in your class races, but with the AMSOIL Cup being the last race of the weekend and it’s so prestigious, everyone seems to push just a little harder,” Hord said. “The competition is tough. We’d love to win it again because it really determines who is the best of the best.”

Polaris hasn’t sat on its laurels for the coming year, paying considerable attention to the often-overlooked entry class. Here’s a