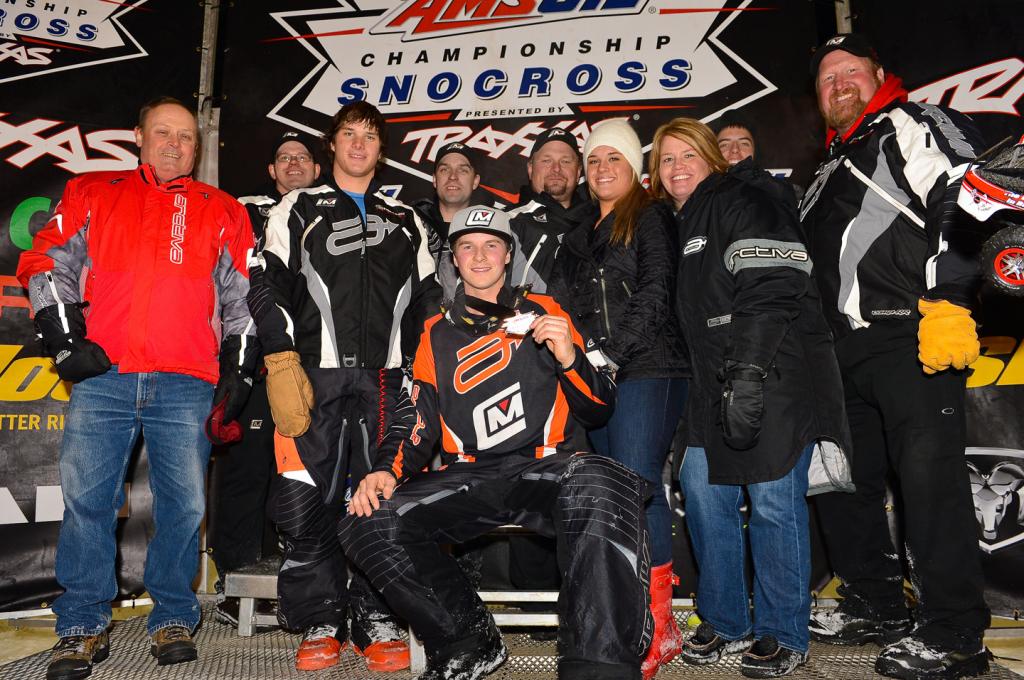 MINNEAPOLIS (March 12, 2013) – Good things come to those who wait, or more appropriately, to those who bust their butt, put in the time, and never give up. Such was the case for Carlson Motorsports Pro-Open athlete Johan Lidman, who captured his first ISOC Pro-Open podium with the smooth and speedy style that helped him make waves in Europe before becoming a fixture on the North American national tour.

The strong performance by Johan was the result of consistency, earning a front row starting position in the main event through a pair of strong qualifying efforts.

In Friday’s main event, it was more of the same fast, smooth, and consistent riding style that gave Lidman a third place finish behind winner Tucker Hibbert and second place rider Kody Kamm. The podium scene was one of jubilation, as a crowd of fans, fellow racers, and team owners gathered to congratulate Lidman on his long awaited accomplishment.

On Saturday, Johan was back on the gas, finding even more speed and leading a qualifying race past the mid-way point and battling with eventual winner Tucker Hibbert as fiercely as any competitor has all season. Lidman’s main event results fell short of expectations however, as he was stuffed on the holeshot and had to settle for 10th place on a track that offered little room for passing.

With one podium in the bag, the team’s attention turned to Pro-Lite talent Andrew Carlson, who has been showing amazing speed, and race savvy maturity in recent weeks. By all indications, Fargo looked to be the race where Carlson would put all the pieces together, and in qualifying he did just that, as he mastered a very technical portion of the track and passed several riders on his way to front row starts in both day’s Pro-Lite finals.

It was here however, that Andrew’s luck ran out. In both finals, Carlson showed more of the blazing speed that has been propelling him into the limelight of the Pro-Lite class. On Friday, Carlson had just caught race leader and dominate Pro-Lite points leader Jake Scott, with blistering speed and innovative lines others had failed to find. Setting Scott up for the pass, Carlson hammered down over a monster triple, but came up just short, ejecting him from his sled and from all hopes of a podium finish. Andrew remounted and came across the line in 10th.

On Saturday a similar story played out, as Andrew once again firmly held the second place position in the main event, and was putting the charge on Scott, when a mistake in a sketchy corner, bucked Carlson from this sled and podium contention.

“I’ve never seen him ride that fast,” said an excited Crew Chief, Levi Ensrud. “This was by far the best performance Andrew has ever delivered. The results don’t show it, but he rode like a champ. If we have many more finishes like that, we may have to peel Old Man Carlson off the ceiling of the hauler!”

Up and coming Sport rider Ryan Springer rejoined the team in Fargo, and struggled with the national caliber track, making a few “rookie” mistakes and collecting a 6th and DNQ for the weekend. Springer will travel with the team for the ISOC Grand Finale this coming weekend, March 15-17, in Lake Geneva, Wisconsin. You can follow Carlson Motorsports on Facebook or at their website: www.carlsonmotorsportsllc.com 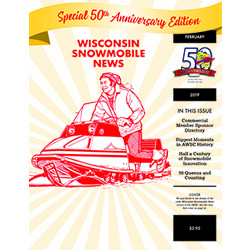