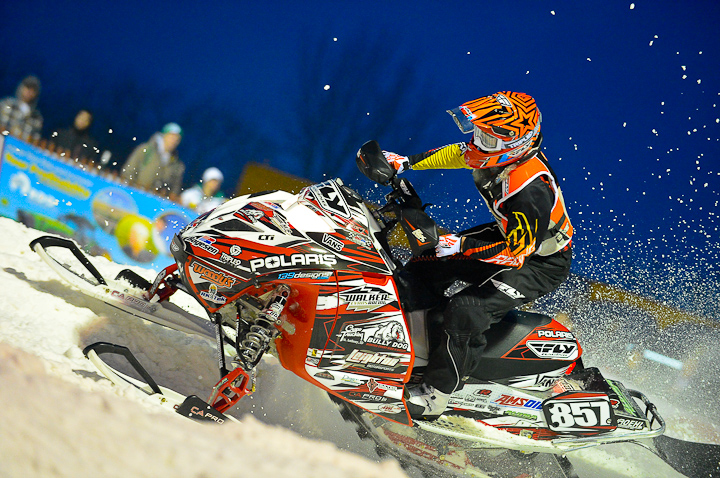 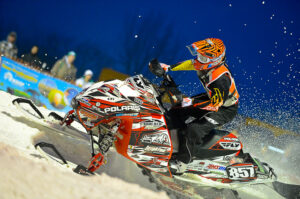 March 11, 2013, Eagle, ID – Andy Lieders turned in consistent qualifying performances and used opportune main event tactics to secure two Pro Lite podiums at the RAM Trucks National in Glyndon, Minnesota.
In each of the main events, Lieders deftly worked from mid-pack starting spots into the lead group of riders before capitalizing on their mistakes in the closing laps. The result was a third on Friday and a second on Saturday, capping one of his best weekends all season. With one event remaining, Lieders has jumped into the second spot overall in the championship chase. 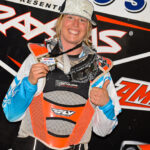 Jennifer Pare faced off against the largest field of Pro-Am Women racers all season, coming away with familiar results. Pare swept every round of qualifying, as well as the main event where she lapped the entire field.

After several outstanding weeks in which he had rocketed up the standings, Trevor Leighton had a rough weekend mixed with mechanical issues and mid-pack starts that were hard to overcome on the mostly one-lane track. Despite the setback, Leighton is fired up to redeem himself at the season final next week. Follow that event, Leighton and Pare will pack their bags for a one off-country race in Russia.

Pro Open racer Colby Crapo was unable to take part in Glyndon, as he returned home to St. Anthony Idaho where his father experienced an emergency medical situation. Crapo does plan to rejoin the team this week to finish out the season.

Up next is the season finale in Lake Geneva, Wisconsin, on March 15-17.