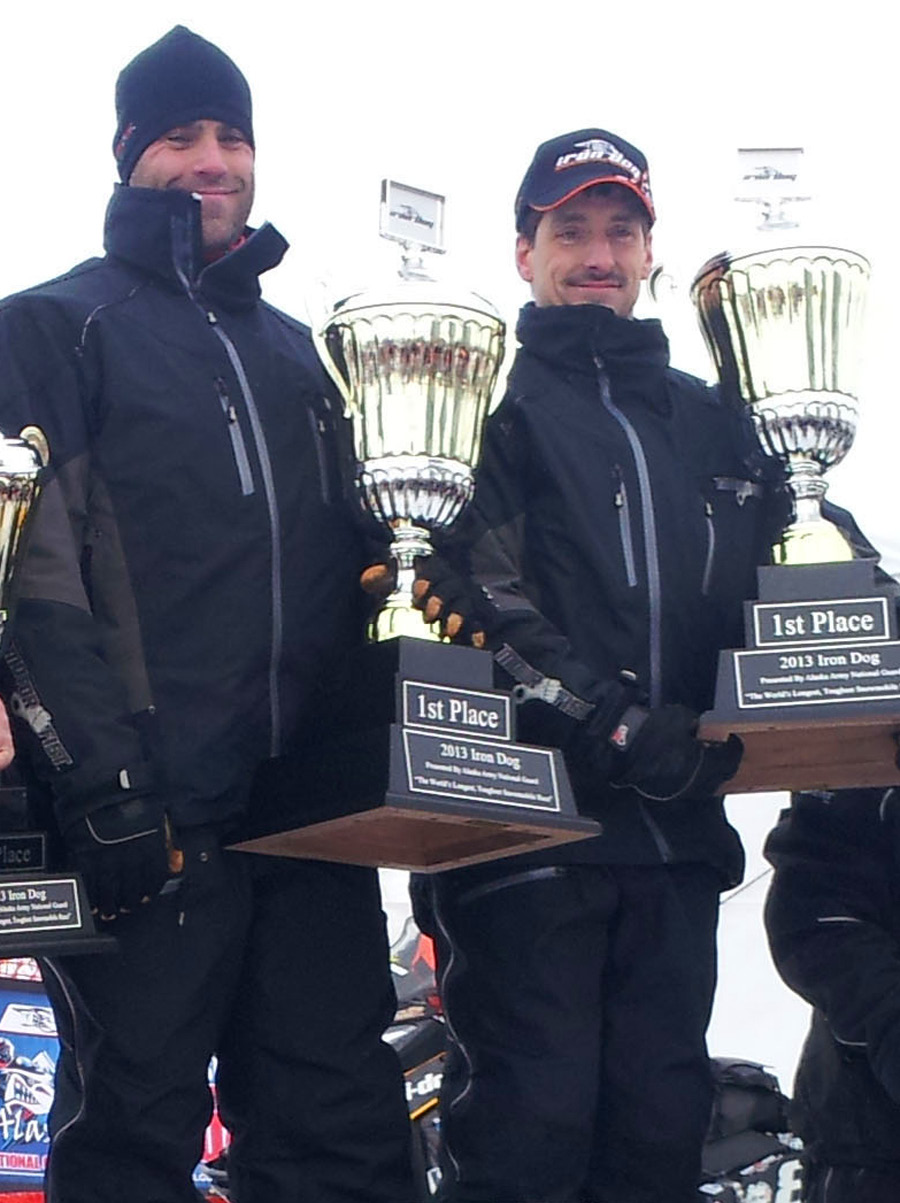 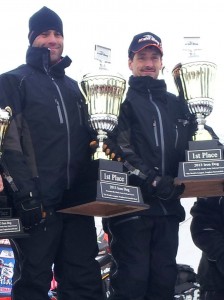 MINNEAPOLIS (February 28, 2013) – The Iron Dog race is known not only as the world’s longest snowmobile race at just over 2,000 miles, but perhaps more importantly the world’s toughest race as well. Traversing Alaskan backcountry from the starting point in Wasilla just beyond the city limits of Anchorage and traveling northwest to Nome and then onward to Fairbanks; the race is as much about survival and perseverance as it speed and mechanical preparedness.

The Motorfist team of Dusty VanMeter and Marc McKenna were front runners for much of the race, utilizing their past race experience and savvy to eventually propel them to victory by a whopping 48-minutes. It was margin of victory the duo credited to having the best people and equipment all stock piled in the camp.

Aside from well-prepped sleds, race experience, and survival skills, a huge challenge of the Iron Dog is the simple need to stay both warm and dry. The weather plays a critical role in the race, with the high probability of heavy snow and temperatures that can fell below -30 degree Fahrenheit.

“In many ways, the Iron Dog race represents the ultimate test for Motorfist gear,” said Motorfist Vice President of Operations, Jennifer Jacobson. “Sweat and frigid temperatures can literally be a deadly combination. It’s unlikely most riders will ever encounter the type of conditions Marc and Dusty did, but it gives us and our customers confidence in knowing that our gear has the technology needed to conquer even the most extreme elements.”

The victory marked a repeat for the team, who also conquered the grueling terrain and elements last year as well.

Further to the south, Motorfist athlete Ross Martin has been battling a different set of elements on the ISOC National Snocross tour. A few weeks back in Traverse City, Michigan, the Team Motorfist/Judnick squad had to overcome mechanical adversity to finish on the podium in third place Saturday evening. Given the circumstances, that third place finish felt like a win according to team owner Scott Judnick.

Picking up the pieces and dusting themselves off, the team faired better in Salamanca, New York, where Martin finished a strong second in Friday’s main event behind Hibbert.

With the national tour winding down, the athletes have started to face warmer temperatures and heavy, wet snow conditions; with that Ross is grateful to be well prepared with his race prepped Motorfist gear with eVent® technology. An industry exclusive for Motorfist, the membrane keeps the moisture of the wet roost at bay, while allowing sweat and perspiration to escape.

2014 Off Road Motorsports Hall of Fame

What’s better than winter? Well, not much…but the September issue of Minnesota Snowmobiling is now digital and that’s a pretty

Back in the Day Snowmobile Get-Away