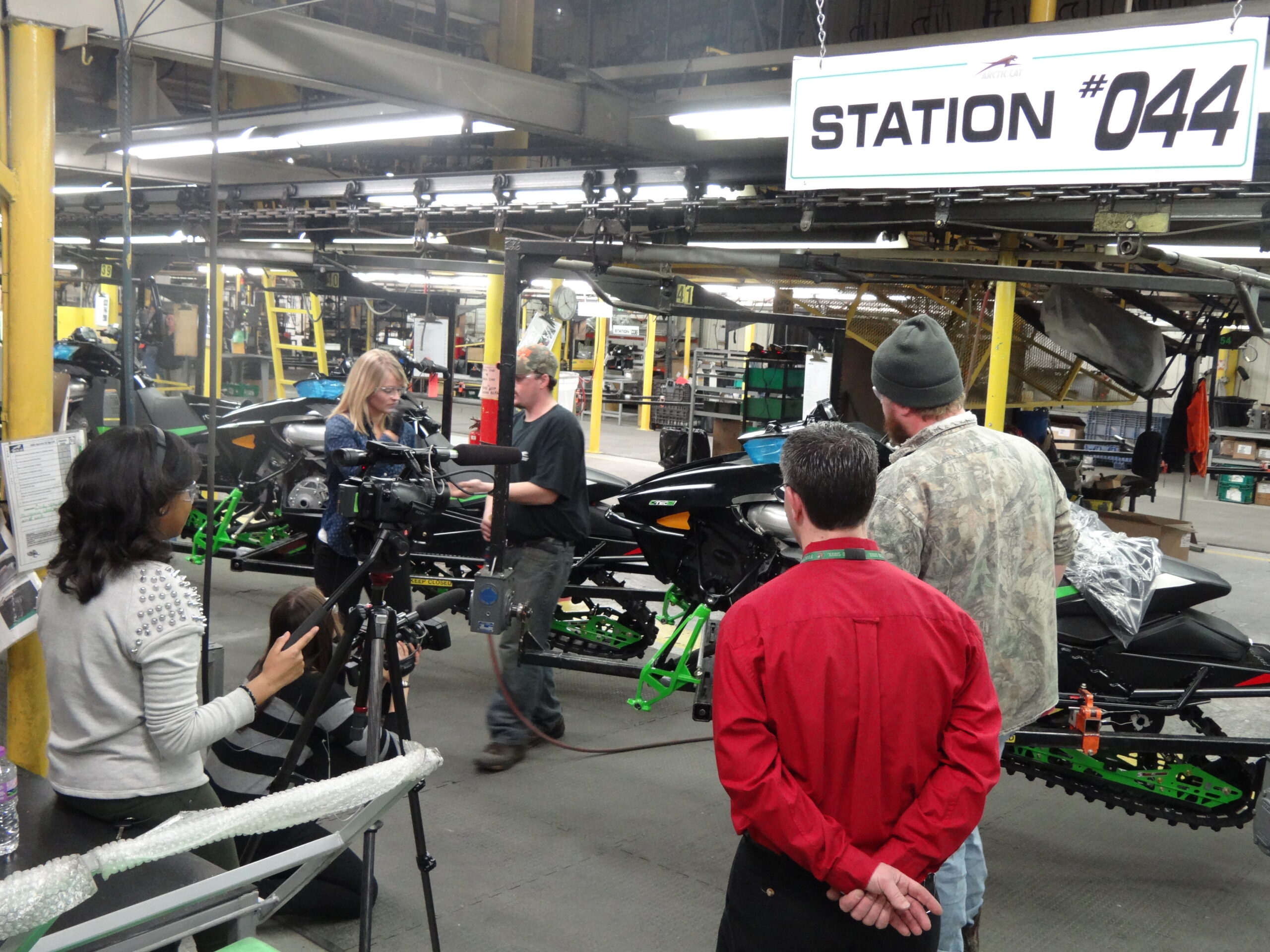 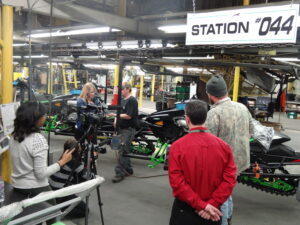 Recently, Haines visited the Arctic Cat Factory in Thief River Falls, Minn. to film a segment that will tentatively air on March 5th at 11am CT. (Check your local listings) Sara rolled up her sleeves and learned how to build a 2014 ZR 6000 El Tigre snowmobile on the assembly line, where she loaded the robotic self-piercing rivet cells, installed shocks, hoods and even windshields.

Arctic Cat Manufacturing Manager, Troy Skime said, “We were amazed at how quickly Sara adapted to working on our snowmobile assembly line. We would be honored to hire her, and most importantly, the ZR 6000 El Tigre she assembled passed our inspection.”

After her visit to the Arctic Cat Factory, Sara took a trip to Fertile, Minn. to spend the afternoon at the Christian Bros. Race Shop with the goal of learning how to ride with Team Arctic racer, and current ISOC Snocross points leader, Tucker Hibbert. 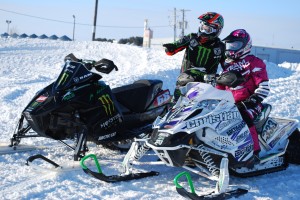 Sara started her snocross learning experience aboard Evan Christian’s Arctic Cat Sno Pro 500, with direction from Tucker on how to use the throttle and brakes, lean in the corners and even how to stand-up while riding on an oval track. She then progressed to the National sized snocross track that the Pro racers use.

Tucker Hibbert said, “Sara was nervous but is a fast learner, and immediately, she looked comfortable on the Sno Pro 500. In no time, she moved up from the flat oval track, to the actual National-level snocross track. She didn’t want to stop riding and even caught a little air! It was impressive for a first-time rider and her huge smile proved that everyone should try snowmobiling. 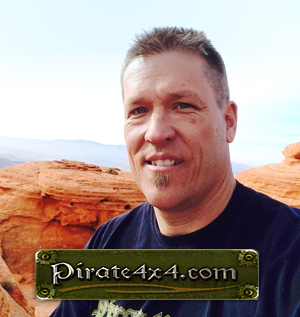 Pocatello, ID (January 28, 2014) — Pirate4x4.com, the “largest off-roading website in the world,” has heavily supported land use and