February 25, 2013 – Tucker Hibbert took his win streak to New York this past weekend by sweeping rounds 11 and 12 of the ISOC National Snocross tour in Salamanca. In typical east coast fashion, snowmobile enthusiasts poured into Seneca Allegany Casino & Hotel filling the trackside bleachers then taking to a nearside hill to catch the action, making it a standing room only event.

Friday, Monster Energy/Arctic Cat’s Hibbert went 1-4 in qualifying giving him the fifth pick for the 15-rider, 24-lap main event. He pulled a top-five start and by the close of lap three he moved into second place. With over a four-second gap between him and leader Ross Martin, he had to move quick on the short oval track. Within five laps, he reeled in Martin and made a clean outside pass in the corner before the finish. While weaving in and out of lapped traffic, Hibbert extended his lead to 13 seconds then backed down to finish nine seconds ahead of second place Martin.

Hibbert took the top position in both his qualifying rounds Saturday, making him the number one qualifier for the final. With another top-five start, Hibbert rode with intensity to push to the front of the field. On lap five he took the lead and rallied to open a 12-second gap. Like Friday, he eventually slowed his pace to finish nine seconds ahead of second place.

Hibbert entered New York with a 63-point lead in the Pro Open Championship and exited with a 73-point lead over reigning champion, Tim Tremblay. With only two stops remaining on the ISOC tour, Hibbert will have the home track advantage March 8-9 in Glyndon, Minnesota for the Ram Truck Fargo National. He hopes to turn the 35-mile drive to the track into a ride on his Arctic Cat F800 Race Replica snowmobile.

“I couldn’t believe how many people were at the race in New York and how excited they were about snowmobiling,” said Hibbert. “With that excitement in the pits and in the stands, it really gets the riders pumped up and makes for intense racing.

The track was short but wide enough that we (the riders) were able to make passes. It got rough in the finals. With a short track, I knew I had to charge as hard as I could on the opening laps before we hit lapped traffic. I put all my focus into getting to the front early before it got too crazy and it worked out.

I’m really excited for the Fargo race next weekend. It’s fun to race close to home and to have friends and family there supporting me. I know the crew at Buffalo River Race Park is working hard on making a big track so it should be an awesome race!” 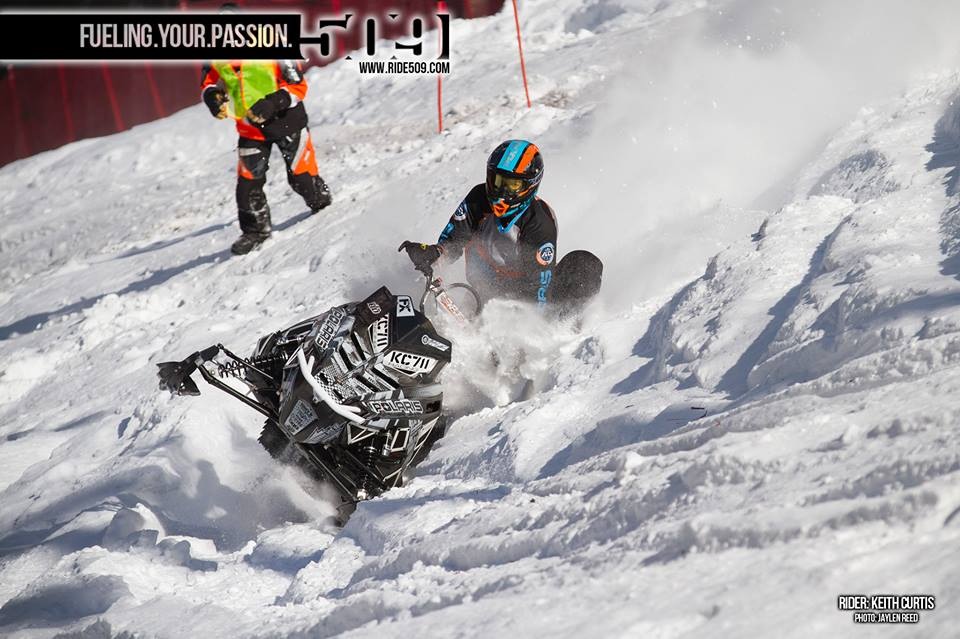 With the help of some great sponsors, DL Racing is looking to give some top of the line products out