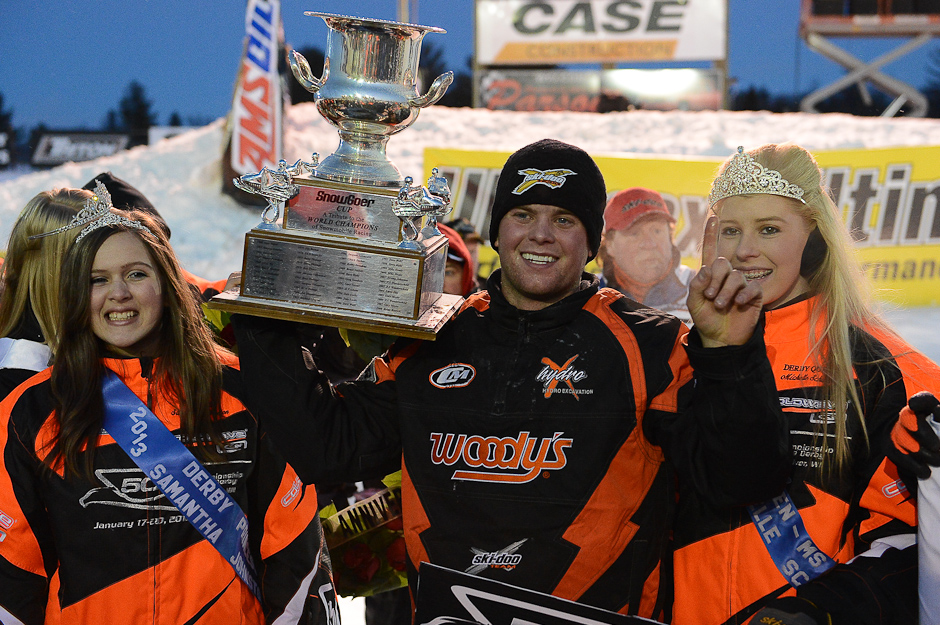 Eagle River, WI January 22, 2013 – BRP racer Malcolm Chartier jumped to a commanding lead at the start of the 50th annual running of the Eagle River World Championship Derby and survived a number of red flag restarts plus a photo finish to earn his first Champ 440 world title. Chartier was fast throughout Derby week, setting second quick time in Thursday time trials, winning the Sweet 16 final on Friday, pole position for the main event and then wrapping up the championship on Sunday.

Chartier’s win at the storied Eagle River Derby track while they were celebrating the 50th anniversary was especially sweet and one he worked hard for. The race was red flagged for an accident in the second corner of the first lap, placing Chartier on the point of a staggered restart. On this and the three ensuing restarts, His Mike Houle prepared Ski-Doo sled would rocket to a commanding lead. With two laps to go, Chartier was challenged and briefly passed by Jordan Wahl. “I don’t want to take anything away from Jordan because he is a great racer.” said Chartier. “We got together coming out of the corner and I lost my line, but I was confident I could get back past him.” Chartier did just that, regaining his line and crossing the finish stripe less than one sled length ahead of Wahl.

Another Ski-Doo X-team racer and former winner, Matt Schulz of Wausau, Wisconsin rounded out the podium in third place, just .001 seconds behind the number two finisher.

In the snocross World Championship final Tim Tremblay just missed winning his second consecutive Derby title. Tremblay won his qualifying round early in the day on Sunday and raced to within a couple sled lengths of first place at the finish of the snocross feature. Robbie Malinoski, Tremblay’s teammate on the Scheuring Speed Sport/Ski-Doo team grabbed the holeshot in the main event put was knocked off the track in the first turn by another racer, ending his day. BOSS Racing rookie Pro Open competitor Petter Narsa had a good showing in his first trip to the Derby, finishing fourth.

One of the feel good stories of Derby weekend was Quebec’s Sabrina Blanchet collecting 2 World Championship titles. Sabrina and family learned of the passing of her grandmother just as the weekend was getting under way but still was able to focus her energy on winning the Junior 1 Sprint and Semi-Pro Champ finals, as well as the Junior 1 Sprint portion of the Friday Night Thunder program.

Congratulations to the Derby staff and the town of Eagle River for 50 years of great racing.

For more information on Ski-Doo snowmobiles visit us on Face Book, our On Trail and Elevation blog sites and at www.ski-doo.com 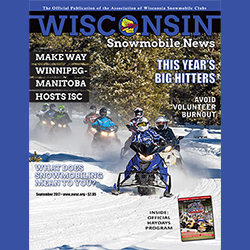 We know you’ve been waiting and finally, this season’s first issue of Wisconsin Snowmobile News is now online and available for free download. Share it online, take it with you anywhere, use it to encourage your friends to join a snowmobile club and get a hard copy of their own! 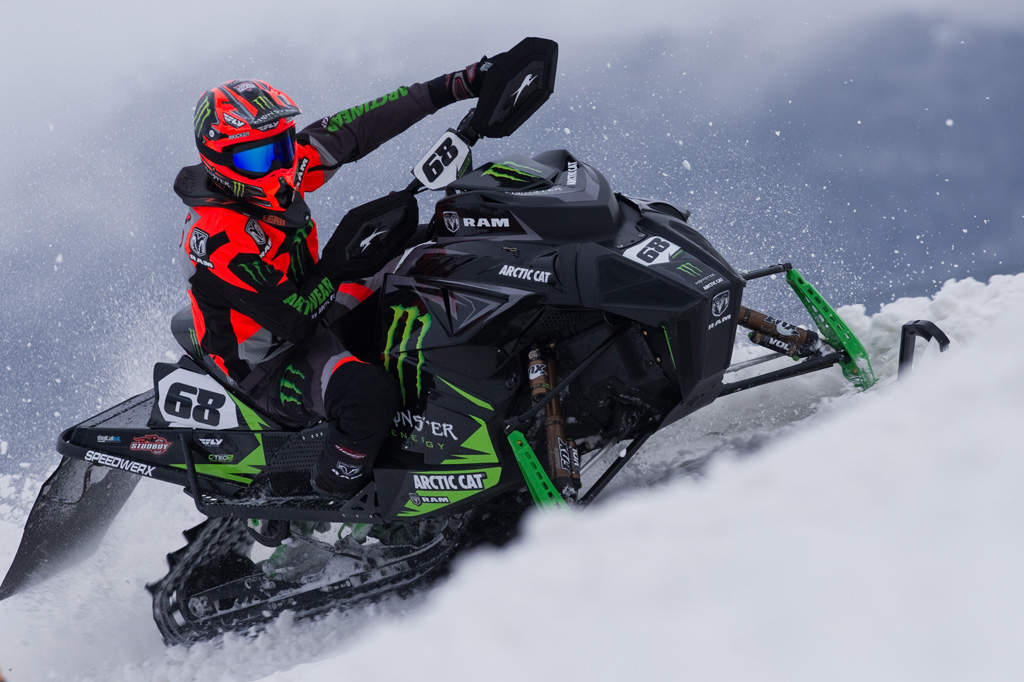