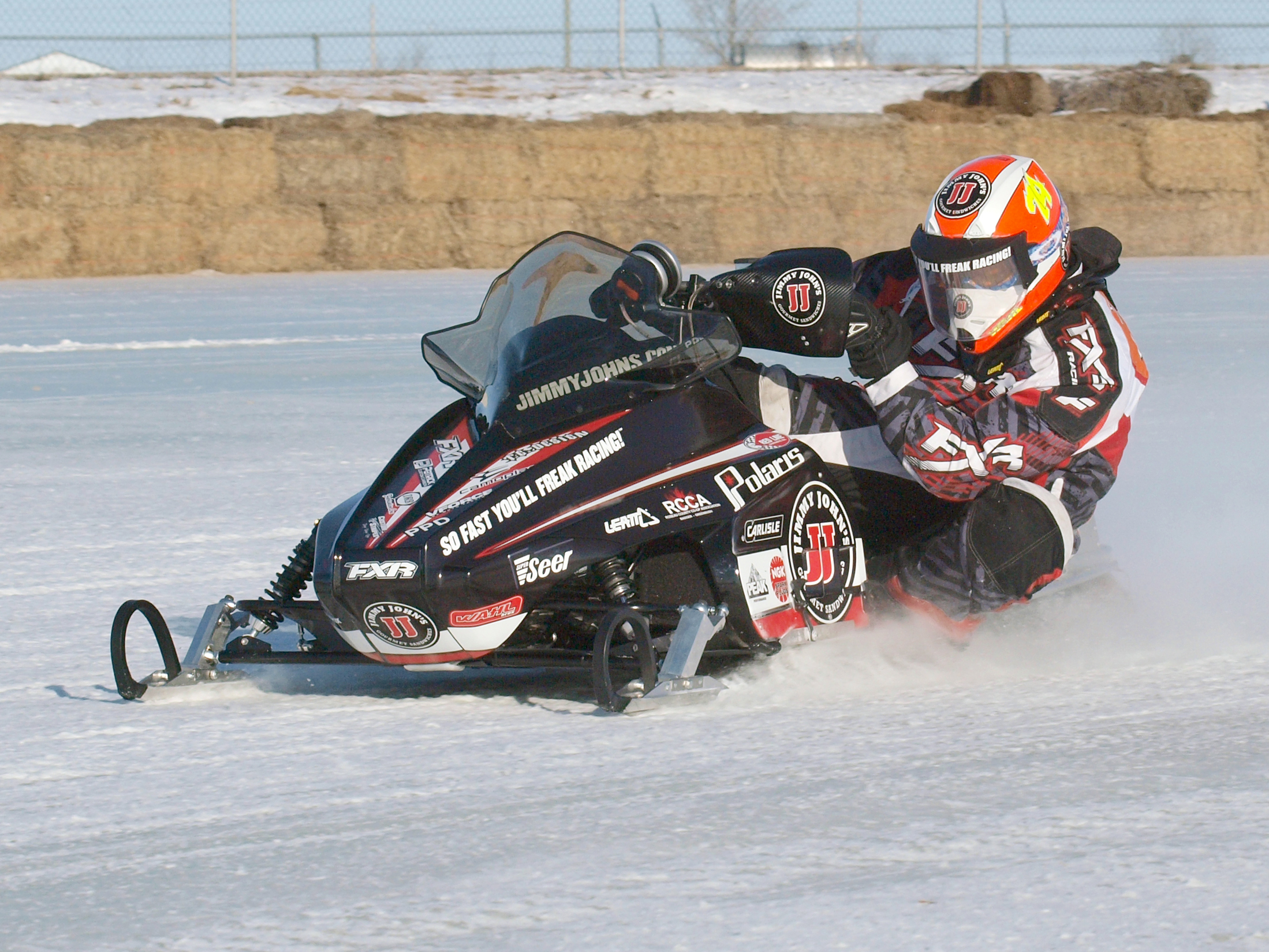 January 6, 2013, Amherst, Wisconsin– Dustin Wahl of Greenbush, Minnesota, proved he has what it takes to challenge for the 2013 TLR Cup Championship as he pulled out his third straight Tommie Lipar Racing – TLR Cup victory at Amherst, Wisconsin, following a hard fought battle with Cardell Potter of Camp Douglas, Wisconsin, at the annual Portage County Ice Wars, part of the 2013 USSA Pro Star Series.

Driving a Wahl/Polaris Champ 440 for Wahl Brothers Racing the veteran oval track speedster rapidly moved to the front of the field from his third place starting position to take the lead early on, a lead he would never give up.

“At the start of the final I entered the first corner in fourth place. Thanks to my third place starting position I was able to keep the throttle on, drive around the outside of everybody and take off with the lead. From there I stayed out front until lap 10 when there was a red flag for Malcolm Chartier. I got a good restart only to come around to another red flag, this time it was for Jordan Wahl when his sled blew a belt. On the next start I was able to get off the line good enough to hold on to the lead right through the checkered flag”, Dustin said.

A young and upcoming star in oval racing, Cardell Potter ‘20, had his share of problems just getting one of his Wahl/Ski-Doos to race at Amherst. On Friday during test and tune their primary sled blew an engine. On Saturday their back up sled blew up, however, they were able to get it back together in time for the heat races and qualify for the Champ 440 final where Potter finished fourth after starting 10th. His luck continued to improve Sunday as he scored fourth, third, and first place finishes in heat races for the TLR Cup. Starting the cup final in seventh position Potter made his way up the field to move into second place just behind Dustin Wahl with three laps to go. Unable to make a good clean pass on Wahl, he settled into second place.

Brandon Johnson of Greenbush Minn. finished third on a Wahl/Polaris followed by 2012 Eagle River World Champion Nick Van Strydonk of Tomahawk, Wisconsin, in fourth on a Polaris. Matt Schulz of Wausau, Wisconsin, rounded out the top five on a Ski-Doo.

Defending TLR Cup Champion PJ Wanderscheid of Sauk Centre, Minnesota, failed to compete the rest of the weekend after he crashed his Arctic Cat in the first Champ 440 heat race Saturday, suffering a minor ankle injury. The four time Eagle River World Champion will compete in this year’s Derby set for January 17-20, 2013.

The next stop on the TLR Cup series will be at the Worlds Championship in Eagle River, Wisconsin, Friday January 18. Started by businessman Tommy Lipar in 2011, the TLR Cup is a six race series across four associations for the Pro-Champ class also known as the World Championship class. The TLR Cup features a $100,000 plus total series payout.

The digital edition of the October issue of Minnesota Snowmobiling is now online. Click here to read features such as Track

Yamaha Snowmobile Race Team to be Supported by Elka Suspension 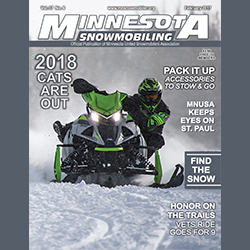 In case you missed last month’s issue of Minnesota Snowmobiling, here’s your chance to read it. Features include…