The top 16 Pro racers compete head to head in a single elimination 2.5 lap sprint until only the top two Pro racers remain. Ross Martin and Tucker Hibbert lined up for the winner-take-all final – It was an edge of your seat flag drop with Martin clearly dominating!

“Amsoil created a totally cool trophy for this year’s Dominator and it will take a place of honor right next to last year’s” said a pumped-up Martin.

Saturday, Ross ran lightning fast in rounds and was well on his way to a Pro Open Final win with a half a lap lead after 22.5 of the 24 lap final when he got roosted with massive snow, lost a cylinder and was passed on the last lap but hung on to take second. On Sunday, Martin blew a belt in rounds which had him coming through the LCQ to qualify for the Pro Final. Qualifying bad luck had him lined-up in the back row for the Final – a place Ross is not used to. Martin came out of the first corner like twelfth but, true to form, fought his way up to the front pack finishing fourth. 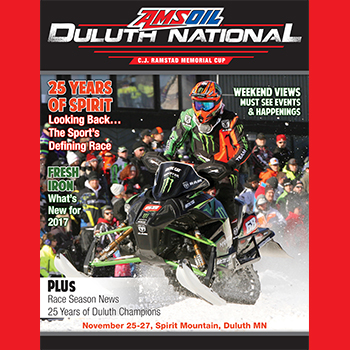 Get the Duluth National Program Now

Be in the know before you go. The official program for the 25th Annual Duluth National Snocross is online and available for free download. 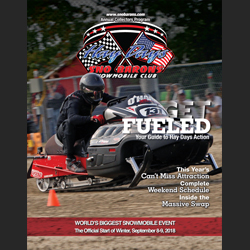