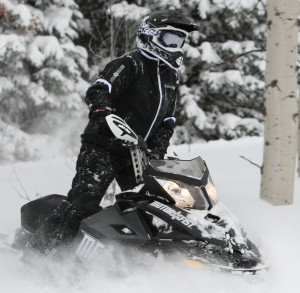 Minneapolis, MN.(November 6, 2012) – After shaking up the status quo in the western United States and Canada with their technical snowmobile outerwear and associated snowmobiling gear, MotorFist is poised to do the same in Eastern Canada thanks to a partnership with Kimpex. This partnership will bolster the MotorFist brand in key eastern provinces by utilizing the experienced Kimpex sales team and their longstanding relationships with dealers in those regions. MotorFist will continue to sell dealer direct in British Columbia, Alberta and Saskatchewan.

“We are proud to have Kimpex represent our brand in the Eastern providences of Canada,” said MotorFist Vice President of Operations Jennifer Jacobson. “Kimpex has a strong management team and exceptional distribution channels, and their experience with their focused CKX line of gear is a perfect compliment to our brand.”

Scheduled to launch this fall with specialized programs for select dealers, Kimpex will target only the providences of Manitoba, Ontario, Quebec and the Atlantic provinces with their rugged and highly technical MotorFist product line. Featured products will include the Stomper boot and the Rekon Jacket, both of which feature the patented and MotorFist exclusive eVent® waterproof, breathable technology.

“Everyone at Kimpex is excited to partner with the MotorFist family,” said Michel Cote’, Vice President of Sales at Kimpex. “Like us, they are passionate about snowmobiling and are all riders themselves. This partnership allows Kimpex to provide our customers the best snowmobile garment solution on the market.”

MotorFist President Brad Ball echoes the sentiments of Cote’. “We’ve built incredible momentum since we launched our brand four years ago,” said Ball. “Our product has quickly become regarded as the best gear in the western markets, and the strengths of the Kimpex sales team will help us carry that message to eastern Canadian markets this winter.”

MotorFist gear is designed, developed and tested by true snowmobiling enthusiasts and incorporates the advanced and patented eVent® membrane. The direct venting technology of eVent® is vastly superior to traditional breathable fabric systems. Only MotorFist offers this innovative technology to the snowmobile industry.