Checks are still coming in and there are a few last-minute bills to pay, but this year’s Crawl 4 the Cure is one for the record books. The event raised nearly $90,000 for the National MS Society, Upper Midwest Chapter. It’s organized by HTR 4×4 Club and Twin City Off Road.

There were more than 100 participant vehicles on hand from 6 different states. More than 300 participants and volunteers packed the Sherwood Forest Campground in Gilbert, Minnesota, for the weekend festivities that took place July 19-22.

The eighth annual event continues to grow and morph into something much greater than anyone could have predicted. For seasoned veterans, it has become the premier 4-wheeling event in the Midwest. For others, it is their first time driving their 4×4 off-road. There is something for everyone with non-stop action starting Thursday and continuing late into Saturday evening.

Participants were treated to guided trail rides at the Iron Range Off Highway Vehicle Recreation Area and the recently opened Mesabi Mountain Trail on both Friday and Saturday. There were options for vehicles of all shapes and sizes from stock Jeeps and side-by-side UTVs to fully custom rock buggies.

As tradition now dictates, women donned bright pink “Ladies Rock” t-shirts donated by Richard and Kat Gorr and got behind the wheel. Other logo merchandise was for sale and worn proudly throughout the weekend.

Other events included activities for the kids, an RC rockcrawling competition and live music by Tim Mahoney. Dozens of silent auction items were bid on to raise additional money for the cause.

The highlight of the Crawl came on Saturday evening. After the BBQ pork dinner, volunteers distributed door prizes to the winners who received raffle tickets based on their donations. Rock Bottom 4×4 Club, led by Liz and Kurt Ganrud of Hastings, Minnesota, had the biggest pile of tickets, taking home this year’s Hope Award and Team Hope Awards. The team raised nearly $9,000 in donations through creative fundraising since last year’s Crawl.

Awards were given out for best engineered, worst broke, sportsman, sportswoman and to the event’s largest sponsors: Motors-N-More, Benna Ford, Dynotec and Burnsville Off Road.

Burnsville Off Road and Motors-N-More upped the ante by donating not one, but two Jeeps. A fully custom Jeep YJ was raffled off with $10 tickets and raised nearly $26,000. A second Jeep, a vintage Cherokee, was auctioned on Ebay and brought in several thousand additional dollars.

For the sixth year in a row, the raffle Jeep winner was not on site and was be contacted via telephone to be given the good news. This year’s winner had purchased a ticket while buying groceries because she saw that proceeds benefited the MS Society, but in an interesting twist it turned out that she had no desire to own a Jeep. Within minutes a deal was worked out and an impromptu live auction began where 10 percent of the Jeep’s sale price would be donated back to the cause. Things were tense for a bit, but in the end the Jeep sold and more money was donated.

A custom Jeep Willys hood with a map of the park was auctioned off and then donated back to John Johnson, one of the Crawl’s founders, by event volunteers as a sign of appreciation for his years of hard work and dedication. (John’s daughter Emily’s artwork was featured on the 2012 t-shirts after winning a Facebook contest where people voted on several designs submitted by kids this spring.) Wallets were open all night long and everyone was electrified and eager to help out.

It’s hard to put a finger on just what makes Crawl 4 the Cure such a great success, but one thing is for sure, it’s not to be missed. The 9th Annual Crawl 4 the Cure on your calendar for the July 18-21, 2013. Find more on Facebook or visit www.crawl 4cure.org.

From Ron Potter, ATVAM President:   The Parks & Trails Division of the Minnesota DNR is looking at the possibility 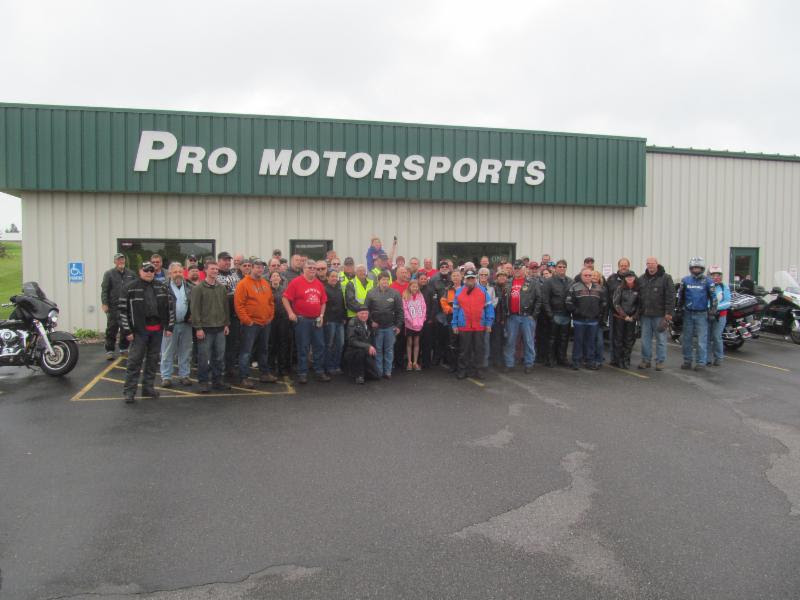 Join us in June as longtime Trailmates supporter Pro Motor Sports Wausau will host a motorcycle charity ride that travels throughout scenic Central Wisconsin. It’s all happening on Saturday, June 9, 2018 and is in memory of Sandy Potaracke, co-owner of Pro Motor Sports who passed away in 2008.

August 30, 2012 – The Moore Brothers spent this past week in France, performing for the crowds attending the 2012